I keep seeing stories about people expressing “good riddance” to 2021. I’m not sure why. As far as I can tell, 2022 will likely be awful.

I’m thinking things are going to get worse — possibly much, much worse — before they get better. We might even look back at 2021 with fondness.

All signs are pointing to a big victory for Republicans in the 2022 elections.

I am going to make just a single prediction for the coming year. There is likely one issue — and only one — that could derail the anticipated “red wave.” That’s abortion.

Should the Supreme Court turn back the clock on that issue, millions of angry women could well erect a dam against that red wave.

When you get to a certain age, New Year’s Day seems like the dumbest of holidays. 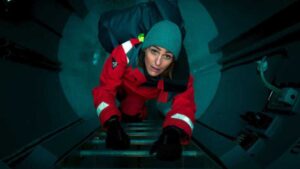 I watched Vigil (above) on Peacock because it takes place on a submarine and I’m a sucker for shows that have that setting.

The first few episodes were fine, but then it grew silly. 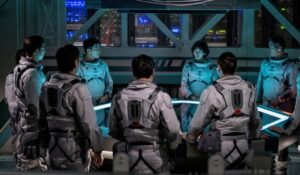 I am watching The Silent Sea (above) on Netflix because it takes place at a research station on the moon and I’m a sucker for shows that have that setting.

The first episodes were fine, but now it’s grown boring.

Two of the three were very popular and will be greatly missed.

Let that be a lesson to modern-day politicians.

Speaking of Betty White, I don’t see any mention in her obituaries about her beginnings as a nude model.

Let that be a career lesson to young ladies who aspire to be America’s next “national treasure.”