Well, at least he gave it the old college try.  Ridley Scott, the man who gifted us with the sci-fi classics Alien and Blade Runner, is back at age 74 to see if he can’t make it a triple treat.

Prometheus has most of the requisite ingredients:  top-notch actors, state-of-the-art special effects and, from Scott himself, energetic pacing and some memorable set pieces.  But his movie suffers from that old bugaboo, a lackluster script.

The film contains a surprising amount of recycled, stale material, both from the Alien franchise and from myriad other science-fiction films.  Scott, rather than capitalize on what made his own Alien so good — creepiness, claustrophobia, and characters — instead borrows from its sequel, James Cameron’s Aliens, with its emphasis on action and special effects.  Instead of great Scott, we get so-so Cameron.

When I think back to the original Alien, I think of Sigourney Weaver’s “Ripley” battling both male chauvinism and interstellar horrors.  When I think back to Blade Runner, I think of Rutger Hauer’s replicant, feeling the rain stream down his cheek, smiling wistfully, and saying, “Time … to die.”  There are no such memorable characters or moments in Prometheus.

There are, however, dazzling sets and kick-ass effects.  The $120 million budget and spectacular European scenery are put to good use.

As in the original Alien, this film begins with a small crew on a mission to deep space.  Ancient rock drawings, discovered in a cave on Earth, appear to depict a star map, and so a hybrid crew of scientists and at least one evil corporate-type is dispatched to discover the map’s message.  Or, at least some of them are.  If that sounds familiar, that’s because it is. 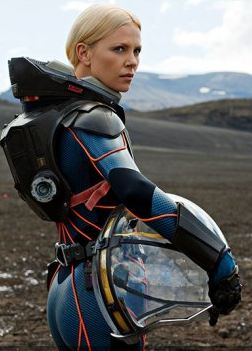 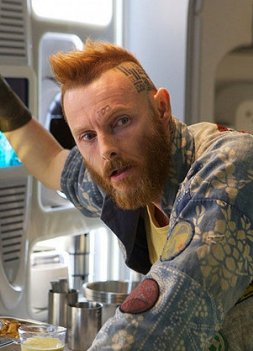 The movie does raise intriguing questions.  Did life originate on Earth, or was it brought here?  Do we share DNA with life elsewhere in the universe?  Is “God” benevolent, hostile, or even godlike?

Films like Contact dealt with these issues intelligently.  Expecting Ridley Scott, or anyone, to come up with answers to those questions is, of course, expecting too much.  But I don’t think it’s asking too much to expect a bit more originality from this movie.  Or some characters worth remembering.        Grade:  B 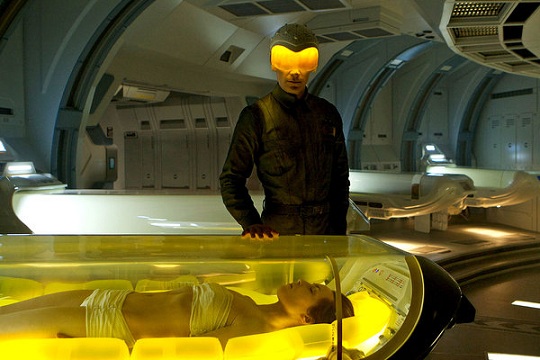 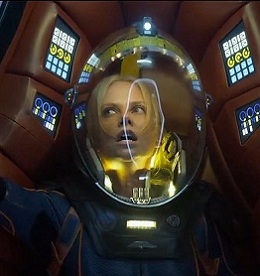