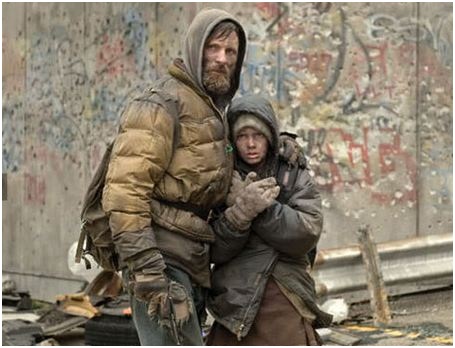 There are roving bands of cannibals in The Road, the movie based on Cormac McCarthy’s post-apocalyptic novel.  These people-eaters, who look like ordinary humans, are truly terrifying, and in the hands of a lesser director the audience would know exactly what to expect from the film:  Night of the Living Dead, Part 12.

But the filmmakers have taken their cue from McCarthy’s book:  Less is more.  Our heroes, a man and his young son, rarely have direct confrontations with the cannibals.  Instead, the film focuses on what the flesh-eaters leave behind — in a house, or in the woods — and the sense of dread this imparts is palpable.

Also effective is the relationship between father and son.  The viewer doesn’t know whom to pity more, the man, who has lived, loved, and lost almost everything, or his boy, who has never seen a live animal or experienced a treat as simple as a can of Coke.

The Road has been criticized for being relentlessly grim, and it is that.  But when it’s the end of the world, and even the ocean is dead, what would you expect, sunshine and lollipops?       Grade:  B+ 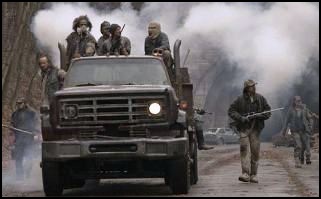