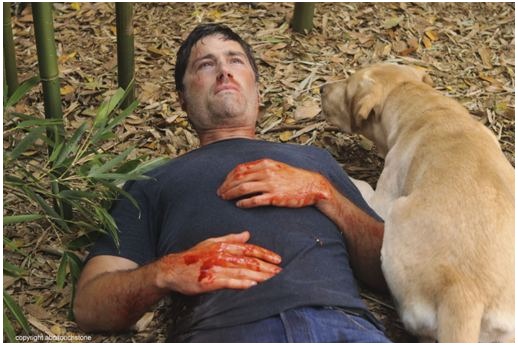 “Well, this is just a massive cheat which I didn’t buy either of the two times I watched it.”

That’s a quote from a Huffington Post columnist and Lost fan who was, shall we say, underwhelmed by the series plot “resolutions” this week.  Now, here is a quote from Yours Truly, written back in January when the final season of this ABC show kicked off:

“I’m more reminded of another show I didn’t watch, but which, they say, went out in less than a blaze of glory:  The X Files.  I think it’s just too easy to come up with bizarre plot threads that tease viewers, and way too hard to actually resolve the nonsense.”

Venus Williams is not content playing world-class tennis.  No, she likes to make fashion statements, as well. Which explains, I guess, the lingerie-themed outfit she wore this week at the French Open.  I’m sorry, Venus, but after examining this picture, there is just one term that comes to mind — Man Butt.