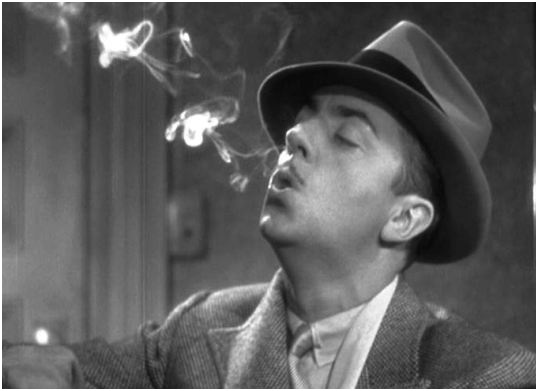 During the Great Depression, filmgoers could depend on William Powell and Myrna Loy to deliver some of Hollywood’s best lines.  Here are a few examples of dialogue from 1934’s The Thin Man:

Nora (Loy):  I read where you were shot five times, in the tabloids.
Nick (Powell):  It’s not true.  He didn’t come anywhere near my tabloids.

Cop to Nora:  Ever heard of the Solomon Act?
Nora:  Oh, that’s all right.  We’re married.

Man to Reporter:  You see, my father was a sexagenarian.
Reporter:  He was?
Man:  Yes, he admitted it.
Reporter (shaking his head):  Sexagenarian, eh?  But we can’t put that in the paper.

Hollywood’s Nick and Nora Charles, based on novelist Dashiell Hammett’s creations, offered audiences sophisticated wit as escapism when it was badly needed, and nowhere is this charm on better display than in the original The Thin Man (there were five sequels).  Nick was a hard-drinking, “retired” detective, and Nora was his ditzy-like-a-fox heiress wife.  Together, they drank, partied, and solved crimes too baffling for the police.  Always along for the ride was Asta, the Charles’s pet terrier whose name, to this day, is a crossword-puzzle staple.

The Thin Man films hold up remarkably well because of  their breakneck pacing and something all too rare in the movies:  genuine chemistry between the stars.          Grade:  A 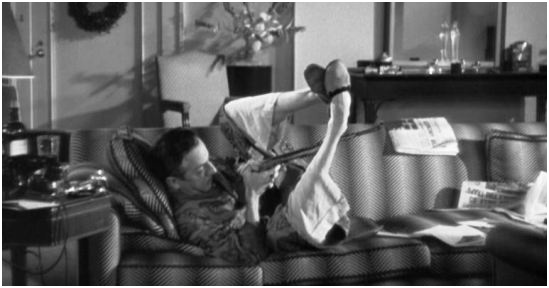 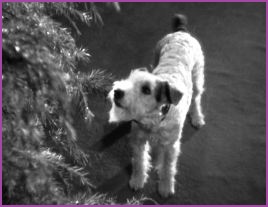 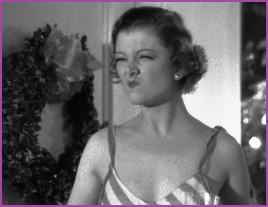