Hold on to your Halstons, Sex and the City fever is upon us.  Again.

This got me to thinking about other male-female cultural disconnects.  Like Oprah Winfrey.

This disconnect serves our country well.  After all, if men were in charge of all voting, Pamela Anderson might be president.  But men also know, instinctively, that a woman like Winfrey is not to be trusted.  She loves her power too much, and we can picture her behind the curtain, being fed grapes and whipping her interns.

No, it’s good that men prevent Winfrey from becoming president.  And it’s good that not just women vote, or we might have a President Richard Simmons.  Although Simmons might be able to solve our obesity epidemic. 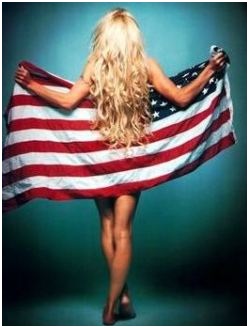 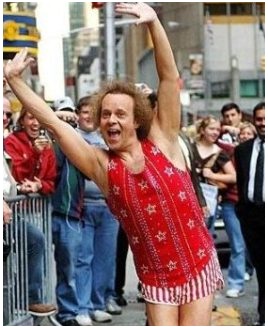 Speaking of gays in the spotlight … Newsweek columnist Ramin Setoodeh, who is homosexual, is feeling the heat of a ferocious backlash for daring to write about how gay actors have a tough time playing straight roles.  Entertainment Weekly columnist Mark Harris sniffed, “We may not be past this kind of thinking yet.”

OK, P.C. Harris, let me ask you this:  Would you pay good money to watch Richard Simmons, as Romeo, attempting to seduce Pamela Anderson, as Juliet?  You doth protest too much.