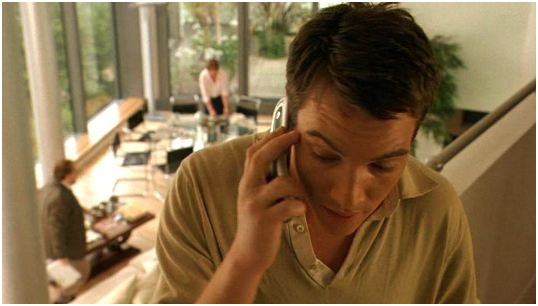 Match Point is one odd duck of a movie.  It was written, directed, and filmed in London, England, by Woody Allen — a man not known to venture long nor far from his Manhattan comfort zone.  It’s a crime caper heavily influenced by the likes of Alfred Hitchcock and Patricia Highsmith — yet no crime occurs until the final third of the movie.  In other words, it’s not a typical Woody Allen movie, it violates standard suspense-film protocol — yet it’s often absorbing and always entertaining.

Match Point tells the tale of a Ripley-like character straight out of Highsmith, an Irish tennis pro without much cash but with a whole lot of social ambition.  Chris Wilton (Jonathan Rhys Meyers) does his highbrow homework and soon worms his way into the heart of a plain-Jane London lass with a very wealthy daddy.  But then he meets his match in Nola (Scarlett Johansson), an American actress who shares Wilton’s humble background, if not his ruthless ambition.  Lust and adultery ensue.

At this point, you might expect the film to veer into crime-film mode.  The pesky rich girl must be eliminated, but her money must be gained.  Instead, Allen ignores plotting and continues to explore relationships:  among rich and poor, men and women, the lucky and the unlucky.  Two-thirds into the movie, Allen seems to wake up and remember, “Oh, yes.  There’s supposed to be a crime in this story.”

On the one hand a viewer might feel cheated, because there isn’t a whole lot of Hitchcock in this Hitchcock homage.  On the other hand, the social interplay is always amusing, the actors are in fine form, and the stylish location photography is great fun.  Woody should leave Manhattan more often.          Grade:  B 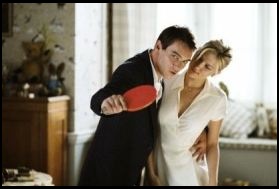