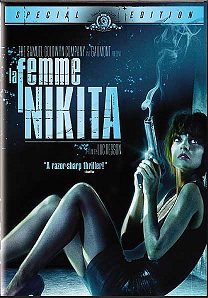 A female gang member is recruited by a French intelligence officer and converted into an undercover “hit woman.”   I haven’t seen this, but plenty of people have, since it was remade in the U.S. and later revived as a television series.  Watch the French original by clicking here.