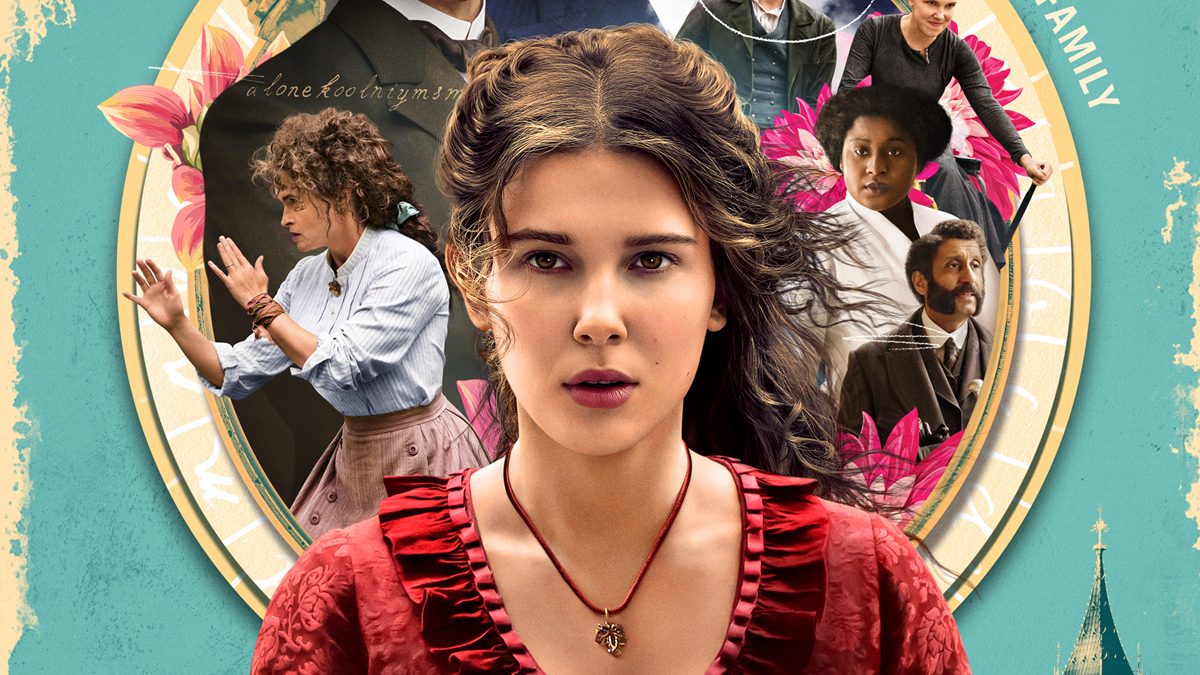 Watching Millie Bobby Brown in this Netflix movie, I was reminded of early Hayley Mills. Brown and Mills started out in kid-friendly hits (Disney flicks for Hayley; Stranger Things for Millie), then both branched out into more tween-oriented fluff: Enola Holmes and The Moon-Spinners.

We’re talking about two youthful Brits with charisma up the butt, appealing to both kids and adults. When I was a youngster, I was infatuated with Hayley. If I was a tween today, I might well be equally smitten with Brown. For both of these charmers, the word “spunk” comes to mind.

As an adult, however, I was put off by Enola Holmes’s heavy-handed feminism and the imposition of woke sensibilities on 19th-century Britain.

But this is 2020, and that sort of thing is, apparently, inevitable.

The tough thing is going to be maintaining an even emotional keel. Just remember, if your guy loses, it’s not the end of the world. Also good to remember: If your guy wins, most of the problems we have right now are not going to go away.

Now if only I was confident that I will be taking my own advice.

Everyone was on pins and needles, anxiously awaiting the (supposedly) traditional “October Surprise.” Leave it to Donald Trump. He doesn’t do surprises; Trump does bombshells.

I was surprised to learn, courtesy of Chris Wallace, that a small group called the Proud Boys is largely responsible for all the violence plaguing our cities. Silly me. And good for Chris, son of Mike, for pressing Trump on why he won’t denounce this scourge on society, these “Proud Boys.”

I am so clueless. Here I was, thinking that it was leftist groups like Antifa and Black Lives Matter that were wreaking all the havoc.

I keep harping on this, probably to no avail. But Tucker Carlson put it better than I could:

If we could just get a handle on our outrageous income inequality, 95 percent of our other problems would go away, or at least diminish. Everyone has to have a shot at The American Dream — or at the very least, believe they have a shot at it.

What she said. Although, I would also put the onus on Republicans.