Office Space     For anyone who works — or worked — in the soul-sucking confines of a corporate cubicle, this Mike Judge comedy is a must.  Its deadly accurate depiction of the white-collar workplace has the makings for one depressing movie, but thanks to its ensemble of instantly recognizable office drones (standouts are Gary Cole as an unctuous, passive-aggressive boss, and Stephen Root as a mumbling milquetoast), it’s much more likely to make you laugh than cry.  Release:  1999  Grade:  B+ 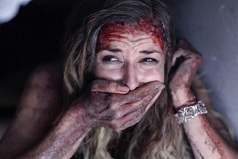 The Bay     What’s great about the movies is that the good ones suck you in and make you forget that everything you see is make-believe.  The problem with most “found footage” movies is that the jerky camera, grainy film, and improbable edits are jarring reminders that everything you see is make-believe.  So it is with The Bay, which is unfortunate because its premise — pollution-generated, flesh-eating parasites invade a seaside Maryland town — is timely and believable.  Director Barry Levinson, who knows a thing or two about making movies the old-fashioned way, should have done so with this one.  Release:  2012  Grade:  C 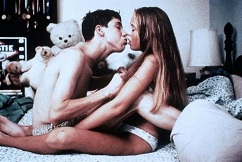 Kids     An “after school special” from hell, Kids depicts one day in the life of some NYC teens who drink, drug, and screw their way through life, spreading AIDS and respecting only peer pressure.  The lone role model on display is a grizzled taxi driver; other adults are either apathetic or missing in action.  Kids was heralded as a wake-up call to society back in 1995; I have no idea whether anyone actually woke up.  Release: 1995  Grade:  B+

Gut     This low-budget horror film poses a provocative question:  Can television viewing habits lead to actual violence?  Nicholas Wilder, playing a disturbed loner who introduces his only friend to the lurid attraction of snuff movies, gets my vote for Creepy Friend of the Year.  But there is a fine line between building suspense and moving at a snail’s pace, and Gut, with too many lingering close-ups and a plodding story, is undermined by its sluggish momentum.  Release:  2012  Grade:  C-

I’d be less than honest if I didn’t admit to experiencing a bit of schadenfreude watching TV reporters clinging to lampposts and getting drenched during hurricane coverage.  It’s especially fun to see big-name anchors like Anderson Cooper and Erin Burnett take a soaking.  And who could forget Al Roker’s memorable reporting during Hurricane Wilma (below)? 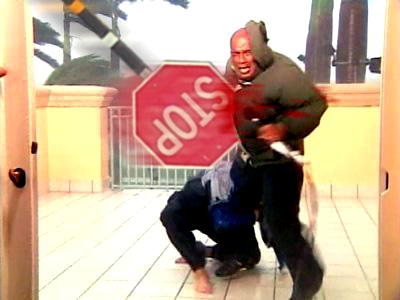 In related news, CNN relied heavily on “iReporters” — a term I have come to loathe — for storm reports.  Hey, “iReporter,” you are not an Apple product and you are certainly not a journalist.  You are just some schmuck with a camera.

Mitt Romney was also concerned about storm victims.  I’m sure Romney has rich pals who suffered damage to their multi-million-dollar vacation homes, and that is certainly tragic.

I recently watched something called Twins of Evil, a 1971 horror flick.  I am convinced that the main vampire was played by Jimmy Fallon.  Yes, I realize that the movie is 40 years old, but you be the judge:  In the pictures below, which is Jimmy and which is the movie bloodsucker? 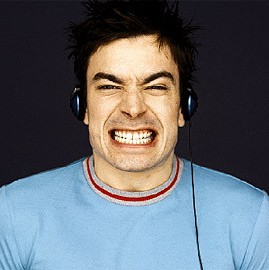 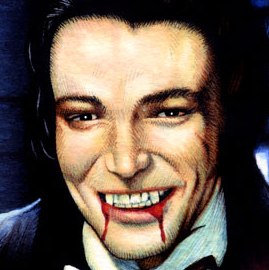 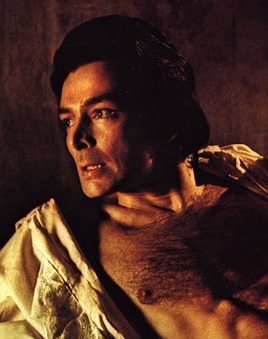 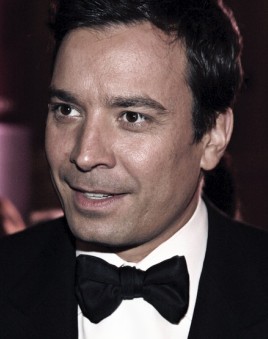 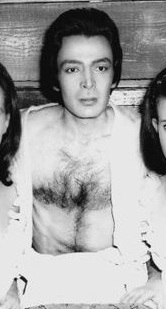 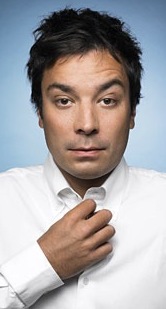 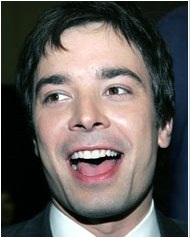 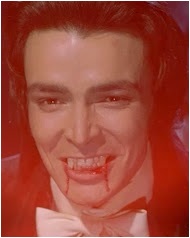 Just in case you haven’t yet seen this little girl doing a superb job of expressing America’s mood,  click here. 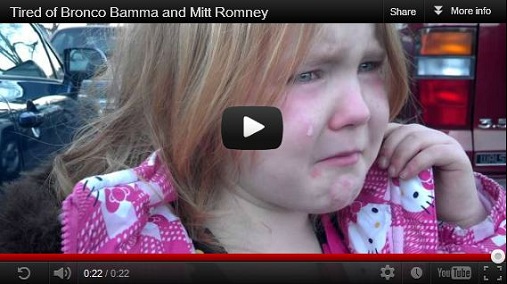 I don’t do much tweeting.  I don’t really understand the appeal of Twitter.  Several years ago when I first registered at the site, I posted a tweet that mentioned, in passing, Justin Bieber.  Apparently my reference popped up on a Twitter search engine because on the following day I got my first group of “followers” — a gaggle of teenage girls.  I figured that was better than no followers.  Alas, when the teen girls somehow wised up to the fact that they were now following a middle-aged doofus (me), they promptly unfollowed me.  I can’t explain why, but this abandonment depressed me.