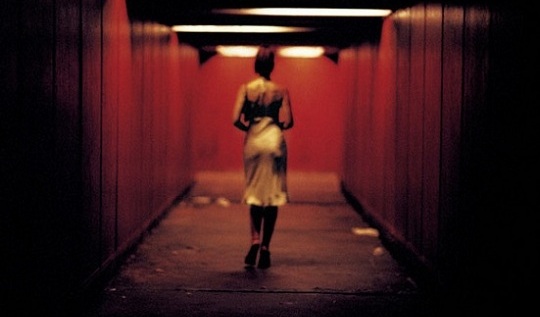 “You can see that the rapist doesn’t have a penis,” says Rodolphe Chabrier, “so Gaspar [Noe, the director] and I decided to add a virtual one, created with 3-D animation.”

So says Chabrier, visual effects supervisor of Irreversible, elaborating on the filming of a 10-minute rape scene that rankles many of the movie’s detractors.  But Chabrier’s revelation pretty much sums up what’s wrong with the entire film:  A genital isn’t the only thing missing from this revenge drama; the film itself is all style and very little substance.

Thanks I suppose to Memento, which came out two years earlier, Irreversible is told in reverse chronological order.  But that wasn’t disorienting enough for Noe.  The first third of the movie is a whirlwind of spinning and zooming camera angles, screamed obscenities, and a discordant soundtrack – all meant to convey a sensation of chaos as the rape victim’s two male friends seek to avenge the crime.  This sense of nightmarish anarchy works, but to what end?  The men are enraged, I get it.  The gay S&M bar they wind up in is a fevered den of unleashed passion, I get that, too.  Does that mean I want to wallow in this dizzying world of flash-and-dash cinematography for a full 30 minutes?  No.

I guess that by beginning his movie with violent retribution and then working backwards to more sedate times, Noe wants audiences to look at the concept of vengeance in a new way.  But I felt I was just watching a director and his CGI guys show off what they could do.

As for the lengthy rape that actress Monica Bellucci endures in the infamous tunnel scene, it’s graphic without being explicit.  But you have to wonder if it was really necessary to make the scene ten minutes long.  And here’s a question that is probably superfluous, but what’s up with adding in that penis?        Grade:  C- 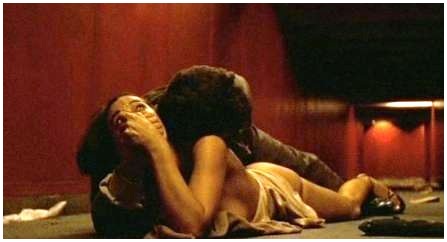 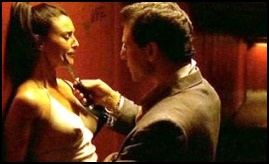 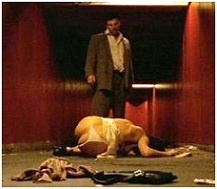