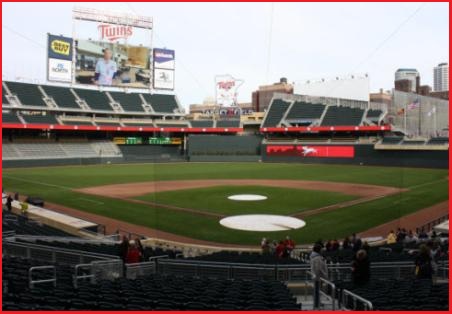 The Jerks of Summer

In high school, certain truths were self-evident:  Most of the “theater people” were gay, most of the jocks were jerks, and Karen VanderHaagen would not go out with me.

Life is not fair.  We continue to reward jocks with taxpayer-funded playgrounds, like new Target Field in Minneapolis, and with most of the pretty girls, like Karen VanderHaagen.

So I have mixed emotions about this multi-million dollar stadium in my back yard.  Spring is here, Minnesota’s lineup looks pretty good … but dammit, please stop telling me that “the Twins” built a beautiful new stadium.  The taxpayers built it.

I guess I’m just another spoiled American, because I want an iPad.  Everyone has an opinion about these computer tablets.  Stephen King says reading books on them gives him an eerie sense of “not-thereness.”  Anna Quindlen assures traditional publishers that the iPad does not signal the end of the world as they know it.

I just know that I want one.  Buy me one.  I’ll bet pro jocks can afford lots of them.