Here’s the best way to approach a popcorn movie like Uncharted: You switch off your brain and hope the film doesn’t drag, that the special effects are fun, and that the lead actors are amusing. Forget about plot and logic. The flick can be stupid; it cannot be boring.

The climax features helicopters lifting two ancient ships out of the ocean and into the air and … it’s one of the most ridiculous things I’ve seen on the screen. But it wasn’t boring.  Release: 2022  Grade: B-

The one missing element that prevents Uncharted from achieving classic guilty-pleasure status is movie-star skin. That’s a shame because Sophia Taylor Ali is in the film. As consolation, here is Sophia in a butt-revealing scene from The Wilds: 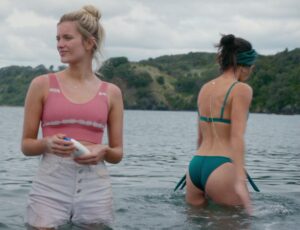 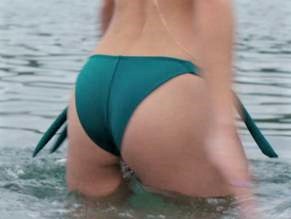