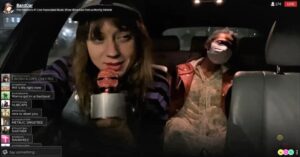 My goodness. There sure are a lot of liberal snowflakes masquerading as “film critics” at Rotten Tomatoes. Their verdict on Dashcam star Annie Hardy — both the character she plays and the character she is — is near unanimous. Here are a few excerpts:

Clearly, they disapprove of Hardy. Even when they approve of the movie itself.

Perhaps I’m just a contrarian, or maybe I enjoy a movie heroine who sticks it to the (woke) mob, but I had no problem with Hardy. Playing a Yank in England who gives a ride to the wrong woman, Hardy is foul-mouthed and crass. But she’s also clever and amusing. In fact, she’s the best thing about the movie, which is otherwise just another routine live-stream/cellphone-cam exercise in cheap thrills. The plot makes no sense and the director substitutes frenzy and gross-outs for genuine suspense and scares.

But to those RT critics, Hardy commits the unpardonable sins of mocking liberals, smoking cigarettes, and belittling virus lockdowns. And masks. And vaccines. She likes Trump. She kicks demon ass. 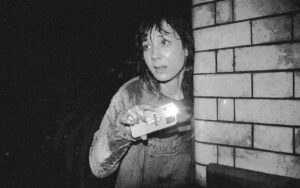