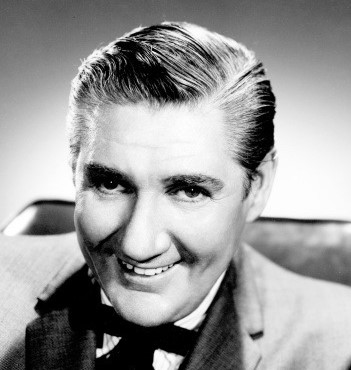 The newly sworn-in junior senator from Wisconsin surveyed the nearly empty senate chamber from his vantage point in the gallery, and he frowned.

It wasn’t the first time Senator William Wilkie, 34, had beheld the storied room. His orientation sessions, after all, were complete, and he had visited the chamber innumerable times, both as a private citizen and again once the good voters of Wisconsin saw fit to send him to Washington.

Senator Wilkie knew that he would spend countless hours in this room, and he swelled with pride. In time, he would join the Congressional Black Caucus, he would be assigned to various committees, and, with any luck, one day he would actually chair one of them.

But at the moment, he was struck by one peculiarity of the famed senate chamber: its vacancy. Other than a few scattered aides and two or three staffers, he could discern only one other person in the room below: the elderly senior senator from Utah, who appeared to be asleep in his chair. It was 2 p.m. on a Tuesday.

Thurgood Nosgood, Wisconsin’s senior senator and Will’s mentor, stood beside the freshman congressman in the balcony, took note of his mentee’s puzzled expression, and chuckled. “Get used to it, son. Unless the C-SPAN cameras are on, this is how it usually looks.”

Will looked at Nosgood. “Where are they all?”

“Same place you’ll spend most of your time. On the phone, fundraising. Like I said, get used to it. Utah down there is retiring. He doesn’t need to fundraise anymore, so he’ll just sleep out the rest of his term. Either that, or Earl Smilius just left him.” Nosgood issued a hearty guffaw.

Three hours later, Will surveyed the office-turned-party-room and activated his mental file cabinet. The reception for incoming congresspeople was populated with faces both familiar to him, and unfamiliar. Many of the elder senators he recognized from television. A few of them he knew from brief introductions. The senior senator from Utah, Will noticed, was not in attendance. Probably still napping on the senate floor, he thought.

Nosgood materialized at his side, cradling a glass of champagne and sporting a smirk. “Get used to it, son. If you idolize any of these pillars of government, you won’t for much longer. They’re just human. Too human, most of them.”

Around the room, introductions were made. Congratulations were proffered. Liquor was consumed.

A side door opened, and a hush fell over the room.

The legendary senator from Mississippi had entered the party room.

Will, like everyone else at the crowded gathering, gazed at the man from Biloxi, Earl Smilius III. Will ransacked his mental file cabinet and came up with:

Will couldn’t make heads or tails of it. The man looked so unprepossessing, even humble, yet he seemed to command immense respect — or could it be fear? — from his colleagues.

But then, Smilius’s accomplishments were mythic. In the House, he had served on Ways and Means, Defense, and Budget. Later, as senator from Mississippi, he eschewed most committees. He didn’t seem to need them to exert influence.

Will couldn’t take his eyes off Smilius. Whenever the stocky senator approached a group at the reception, he was greeted with much deference. Everyone assembled would hush, waiting for Smilius to speak. Sometimes the portly politico would oblige them; sometimes he would simply smile and just stand there, sipping from a glass of whatever it was he chose to drink.

Smilius’s reputation was impressive. Especially for such an apparently low-key congressman. Reportedly, Smilius had once prevented a nuclear confrontation with Russia by dismissing a delegation of Russians and Americans and sitting down privately with Vladimir Putin. After just five minutes alone with the notorious strongman, Smilius had emerged from the session with that Mona Lisa smile and assurances, in his own words, that “all is well.”

No details from the meeting ever emerged, from either side. Smilius had simply sat down with Putin and moments later declared victory.

Will studied the group of people now surrounding Smilius in the reception room. There were a few forced smiles, a bit of head-nodding. But one woman, a newly elected senator from Minnesota (Will knew her, slightly, from orientation), was turning green in the face. She looked down at the floor, muttered an apology, and bolted from the circle of dignitaries.

Nosgood chuckled. “Earl Smilius is headed our way,” he said to Will. “You won’t want to offend him. He’s not an unreasonable fellow, but nevertheless, you ought not offend him. You might not guess it from looking at him, but Earl always gets his way. Always.”

“But what does he care about?” asked Will. “What motivates the man?”

Nosgood considered this for a moment. “I’d say … climate change.”

“And what makes him so powerful?”

“He presents his opponent with two alternatives. Choice A is to go along with his way. Choice B is … unbearable to most of them.”

Smilius shuffled over to the two men from Wisconsin and studied Will, a twinkle in his eye.

“And you might be the new senator from Oshkosh?”

“Oh, I ain’t nothin’,” said Smilius. “They say I’m just another blowhard from Mississippi.” He winked at Nosgood.

Will noticed that the freshman female senator had come back to the reception and rejoined the cluster of people across the room. She kept glancing, worriedly, at Smilius. Will strained his ears, trying to catch what she said, but only caught snippets: “For the love of God … not possible to … make it stop!”

Will wondered if Smilius was sexually predatory.

“What exactly do you hope to accomplish in these hallowed halls, son?” Smilius asked him.

“Well sir, not much at the beginning. I understand that I’m here to absorb and to learn. With any luck, I’ll someday be able to put that knowledge to good use.”

Smilius grinned. “Not bad. Not bad. I used to think that way. But what I discovered is that the most important thing in this town can be summed up in one word. Can you guess what that word is?”

“Chemistry,” said Smilius. “The word is chemistry. If you develop the right chemistry for a person, you can see that he or she will almost always come around to seeing things the way you want them to. Am I right, Senator Nosgood?”

“You might have heard about my encounter with the hot head from Russia. You might also notice, in future, that folks here in D.C. tend to come around to my way of seeing things, and my way of doing things.

“No, I don’t blackmail them, or threaten them, or intimidate them by saying I will withhold this funding or go to the press about that rumor. What I do is always within the bounds of law, doesn’t violate a single congressional ethics guideline. But it always works, because the person sees no other way out of the situation but to comply with my wishes.”

Will still held his drink, but he didn’t drink. He was mesmerized by this stocky little man, who seemed to hold the magic key to power in the most powerful place on Earth.

“Let me demonstrate for you, son, just a bit of what I’m talking about. See Middleton over there?” Smilius gestured toward Howard Middleton, senate majority leader from the opposing party.

“The esteemed Senator Middleton is withholding a vote on my energy bill. He thinks I don’t want it badly enough. And he’s correct,” Smilius chuckled. “I don’t really care, one way or the other. But I’m going to get my way, regardless. Watch.”

Smilius left them and meandered over to Middleton’s group. The majority leader’s eyes widened as he watched the approaching menace. Smilius said a few words, left the group, and returned to Will and Nosgood. Middleton had turned noticeably green, as had two or three other senators, and all of them left the reception.

A nauseating smell permeated the room. People stopped talking, attempting to locate the source of the noxious odor. All eyes, fearful or accusing, landed on Senator Smilius.

“My aides, you might or might not have noticed, are all heavy cigarette smokers,” Smilius said to Will. People kept vacating the room. “That’s intentional. If you’re a heavy smoker, you tend to lose your sense of smell. That’s how they put up with it. That’s why I hire them.”

Will began to feel light-headed.

“Putin couldn’t handle it. I told him that I would refuse to leave the room. This was after I’d loaded up on Russkie beans. For lunch. I asked Putin what he thought of my chemical weapon.”

The stench became unbearable. Will began to teeter. He noticed Nosgood lean forward and commence vomiting on the carpet.

“Chemistry, son. People will do anything to avoid it, if you’re good at it,” said Earl Smilius, a twinkle in his eye. “It’s a special talent I have. Chemistry.”

Those were the last words Will heard, before he swooned and pitched face-first onto the floor.

Tagged: Tales From The Grouch, The Climate Changer