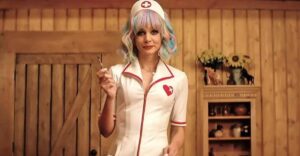 The main reason to watch Promising Young Woman is Carey Mulligan, who shines as a damaged woman who goes to the dark side to avenge a friend’s gang rape and subsequent suicide. It’s a good film, but not a great one, I think because it tries too hard to juggle a serious topic with a desire to entertain. The muddled result is thought-provoking drama — but not too thought-provoking. Because, you know, that might be a downer. Release: 2020  Grade: B+ 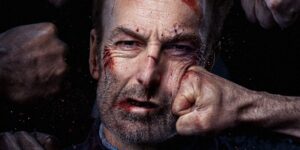 With Nobody, Bob Odenkirk joins Liam Neeson and Keanu Reeves in the trendy late-career transition to that most unlikely of genres: the middle-aged man as action hero. Odenkirk plays a seemingly harmless everyman who, following a home-invasion that threatens his wife and kids, returns to his not-so-harmless roots.

What sinks the movie is its discordant tone. It begins like a Falling Down for a new generation, with Odenkirk in Michael Douglas’s role as the American white man who finds himself on the downswing of societal change. But once the big secret is revealed, Nobody goes from “take this serious” drama to a procession of violent, cartoonish set pieces — “hey, we’re just having fun here!”

Although a sequel is clearly on the minds of everyone involved with Nobody, I can only hope that Odenkirk finds something more suited to his talents. Something like Better Call Saul, maybe? Release: 2021  Grade: B 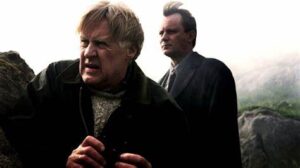 I liked the 2002 American remake of this movie, which starred Al Pacino as a cop with a checkered past who hunts a killer while battling his own demons — and a relentless midnight sun. I also enjoyed the original, with Stellan Skarsgard as the troubled cop, although the locale in the first film is northern Norway, not Alaska.

I guess a viewer’s preference might depend on which performance most intrigues: Skarsgard’s cold-as-ice inspector, or Pacino’s more emotional cop on the edge. I’ll give the nod to Norway’s version, if only because it came first. Release: 1997  Grade: B+