“Take off your clothes … because I’m going to do a strip search – full cavity.”

I’m not entirely sure for whom Strip Search is a guilty pleasure – me, or the late, great, director Sidney Lumet. Possibly it’s both of us.

Lumet, who turned 80 the year this film was released, is responsible for classics including 12 Angry Men, Fail-Safe, Dog Day Afternoon, and Network. In his dotage, however, the movie maestro seemed to draw more inspiration from Girls Gone Wild than from social issues.

Just ask Oscar winner Marisa Tomei, whom Sidney coaxed out of her clothes for his final film, Before the Devil Knows You’re Dead. Or check out Strip Search star Maggie Gyllenhaal, who, after a sexy turn in Secretary, apparently had a nudity clause inserted in her film contracts; in Maggie’s case, it seems she’ll only take roles that require it. 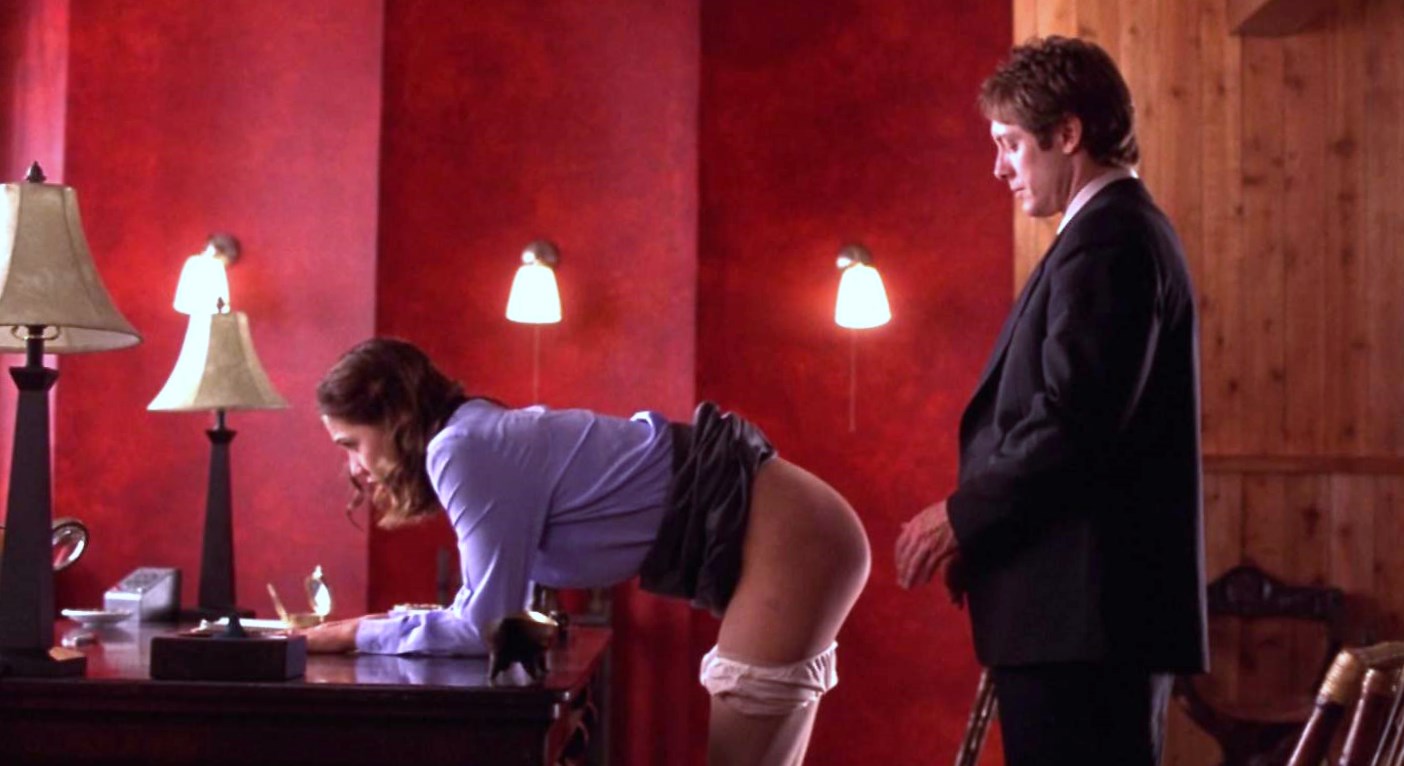 Maggie Gyllenhaal assumes the position for James Spader in Secretary

Strip Search, which aired once on HBO in 2004 and was then promptly pulled from the network schedule (there were complaints and controversy), is an intense examination of how governments can and do violate the civil rights of ordinary citizens. Lumet presents alternating storylines with near-identical dialogue, in one case focusing on an American named Linda (Gyllenhaal) who is brutally interrogated in China, and in the other case depicting an Arab man (Bruno Lastra) similarly abused by an FBI hard-ass played by Glenn Close. 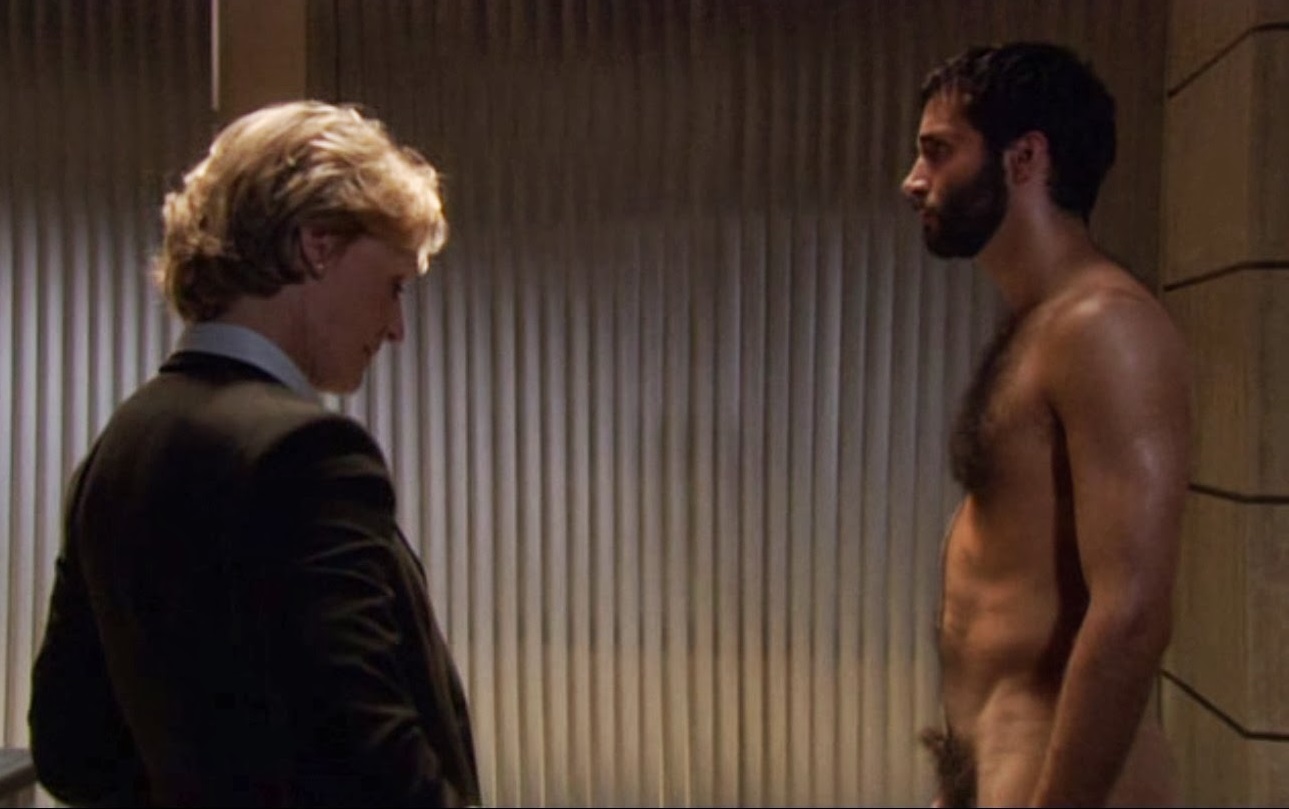 Glenn Close to Bruno Lastra: “Is there a part of your body you’re embarrassed about, something … smaller than it ought to be?”

At about the midpoint, Strip Search goes from social commentary to sexual commentary, courtesy of Lumet’s leering camera.  It’s hard to contemplate civil liberties when you are distracted by lingering close-ups of Maggie’s bare breasts being kneaded like bread dough, or by Glenn asking her captive Arab if a body part is “smaller than it ought to be” while eyeballing his willie.    Grade: B 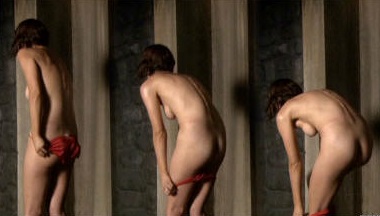 “Take off your clothes … because I’m going to do a strip search – full cavity.” 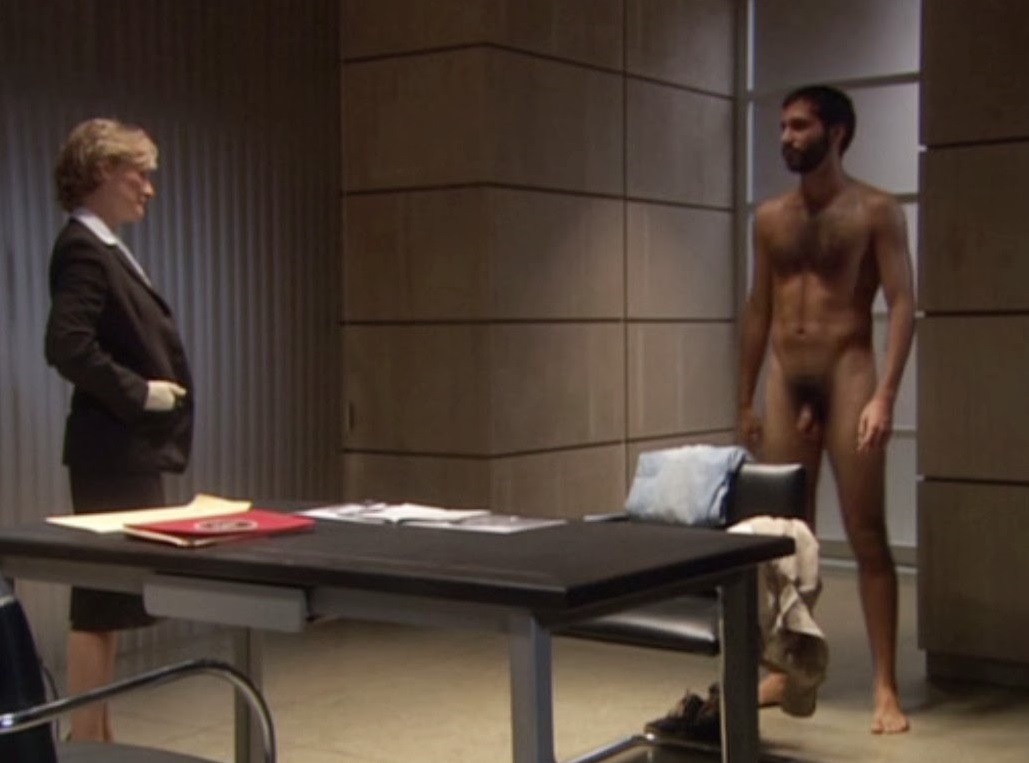 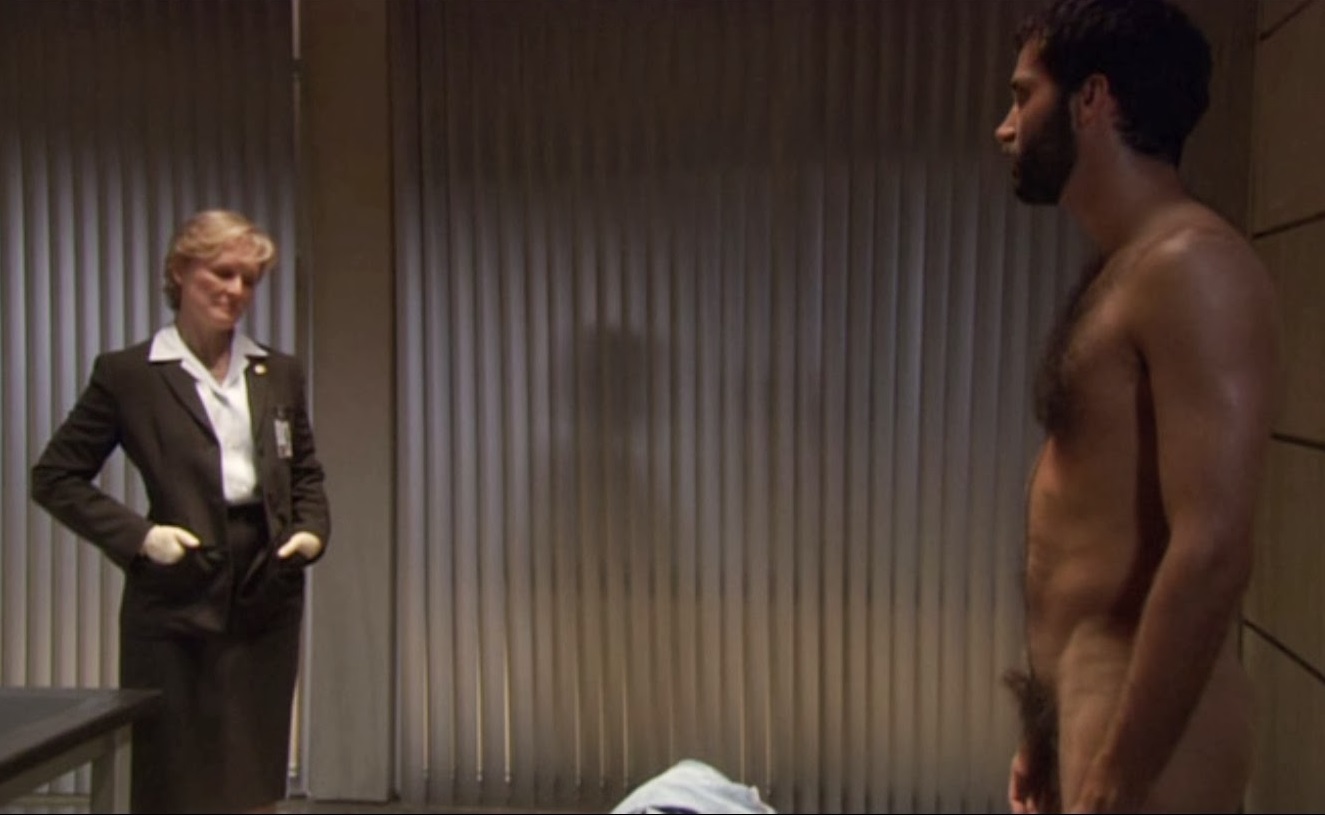 “If I touch you down there, what do you think your reaction will be?”

Strip Search is once again available on HBO. If you would prefer to see just the good parts, i.e., Maggie Gyllenhaal forced to strip and getting felt up by Ken Leung, watch movie outtakes by clicking the links below:

If the above videos don’t work on your mobile device, try these: