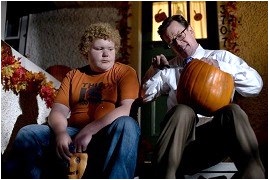 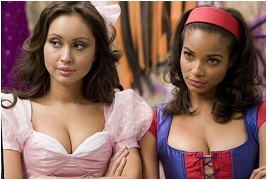 At first, I thought this horror-comedy was an undisciplined mess.  But then a funny thing happened on my way to the graveyard:  I realized I had the wrong attitude.  I expected the story to make sense.  Big mistake.  You have to view it as a filmed nightmare, in which your sleeping brain jumps from one horrific scenario to the next – it’s a vampire dream … a serial-killer dream … a space alien dream.  Trick is a surrealistic treat.  Most impressive:  writer-director Michael Dougherty’s colorful, stylish visuals.  Release:   2007   Grade:   B+ 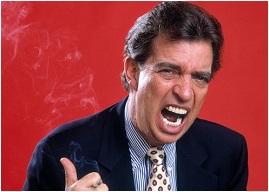 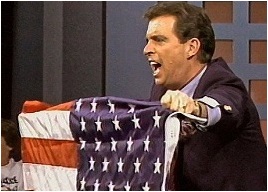 Here’s a cautionary tale about what can happen when you obsessively compete with Daddy.  Downey, the son of a famed singer, was our original trash-talk TV host, a chain-smoking, foul-mouthed precursor to Limbaugh, Beck, et al – not to mention Jerry Springer.  But Downey’s fall was as fast and dramatic as his late ‘80s rise, and the whole saga is well documented in this film.  Release:  2013   Grade:  B+

Elijah Wood again miscast, this time in a gory, unpleasant serial-killer remake.  Wood might be fine as a hobbit, but as a romantic leading man (The Oxford Murders) or a “terrifying” psycho (this film) … not so much.  The diminutive, child-like actor is simply too physically unthreatening – although he does have creepy eyes.  On the other hand, 50-year-old Jan Broberg proves that it’s never too late to bare a shapely ass for the camera.  Release:   2012   Grade:   C 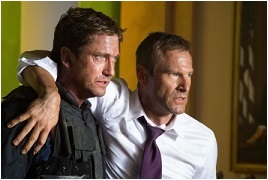 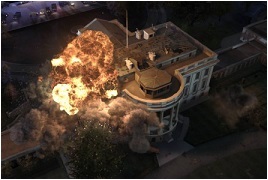 It’s Die Hard at the White House, but what was once a fresh concept — ballsy good guy vs. dozens of bad guys in a sealed-off setting, in this case Gerard Butler battling North Koreans in the president’s house — has gone stale.  Butler lacks Bruce Willis’s charm, the villain lacks Alan Rickman’s wit, and the whole film has a been-there-done-that feeling.  There are, however, lots of explosions — if that’s what floats your boat.  Release:   2013   Grade:   C 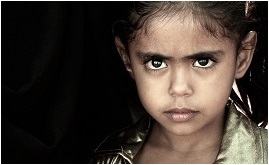 Journalist Jeremy Scahill looks into U.S. covert activity overseas, and the picture he paints isn’t pretty.  Scahill’s interviews with victims of collateral damage caused by military strikes – in particular by the Joint Special Operations Command (JSOC), the group responsible for killing bin Laden – are disturbing.  What taints this otherwise compelling documentary is the one-sidedness of the reporting:  Government response is either scant or missing in action.  Release:   2013   Grade:  B 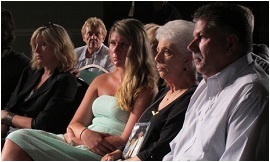 Evidence that conspiracy nuts might not always be nuts – and that our government has few compunctions about lying to us.  The documentary makes a strong case that Flight 800 was deliberately shot down on July 17, 1996 – scores of eyewitnesses describe missiles honing in on the plane – but it’s also a frustrating film in that no theories are proposed about the “why” of the catastrophe.  Do the filmmakers suspect terrorism, or perhaps a military mistake?  The movie also gets bogged down in technical jargon about melting nitrates, burning fuselages and other baffling terminology.  Release:   2013   Grade:  B 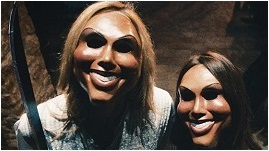 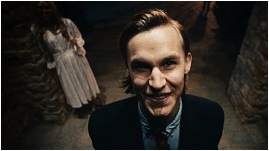 An upper-middle-class family holes up in its gated community on “Purge Night,” an annual 12-hour window in which the government sanctions all crime – including murder.  Yes, it has a message about class warfare, and another message about violence in America, but it also has some genuinely tense invasion scenes.  Release:   2013   Grade:   B+ 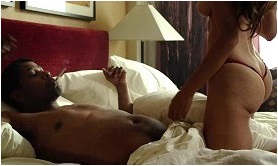 If your quarterback wins big games, would you care that he also has six illegitimate kids?  Flight is a smart film that asks a similar question:  How should we feel about our heroes when they are also deeply flawed?  Denzel Washington plays a pilot who pulls off a life-saving crash landing – but who also flies high in more ways than one.  The story is realistic and thought-provoking, yet Washington’s pilot is so self-assured, even cocky, that’s it’s difficult to much care about his fate.  Release:   2012   Grade:   B+

We Steal Secrets: The Story of WikiLeaks 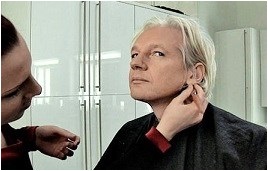 Filmmaker Alex Gibney’s take on WikiLeaks, the online group devoted to uncovering secrets that powerful people would prefer you not know, and on Julian Assange, the weaselly Aussie who founded the organization, is riveting stuff.  The documentary touches on Assange’s legal battles – personal and professional – but mostly poses this question:  Where do you stand on freedom of the press vis-à-vis national security?  Judging from our government’s track record of lies and obfuscation, I’m going to side with the weaselly Aussie.  Release:   2013   Grade:   A-