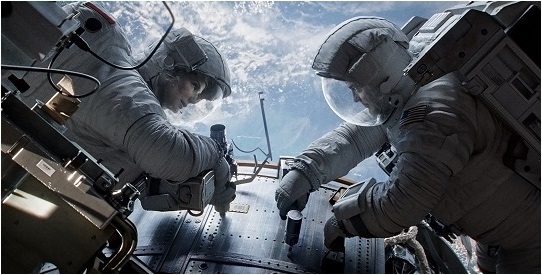 With movies that rely heavily on special effects, I like to employ the “late-show test”:  Thirty years from now, when the film plays at 2 a.m. on some cable channel (or on a movie-chip implanted by Netflix into my brain), will it still seem good?

I believe that, for example, in 30 years Kubrick’s 2001: A Space Odyssey will still be considered a classic – a perplexing classic, sure, but nevertheless a classic.  I also think Apollo 13 will still entertain.  Ditto for Marooned, a mostly forgotten 1969 thriller about astronauts stuck in space.  On the other hand, there are plenty of old science-fiction movies which, although impressive at the time of their release, now seem laughably dated.  Which brings me to …

Gravity, Alfonso Cuaron’s nail-biter about two astronauts (Sandra Bullock and George Clooney) who are quite literally lost in space after satellite debris pummels their mother ship.  The astronauts, in the middle of repairs to the Hubble Space Telescope when disaster strikes, must somehow save themselves.  That’s the plot.  The story goes from plausible to silly to utterly ridiculous in 90 minutes.

Gravity is all about movie-star power and special effects.  Clooney, as you might expect, cracks wise.  Bullock, as you might expect, does a lot of heavy breathing and talking to herself.  Cuaron’s script makes the leanest of attempts at character development – there is some gratuitous chatter about Bullock’s dead daughter, and jokes about Clooney’s playboy past – but Cuaron’s not really interested; it’s just filler between the more visual scenes. The 3-D special effects are impressive, but without a compelling story (as in Marooned) or themes (as in 2001), I’m guessing that Gravity will one day strike viewers of the late-late show as a quaint piece of fluff.      Grade:  B 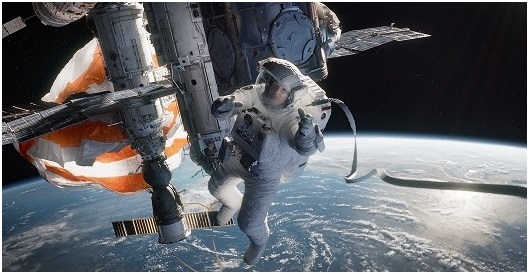 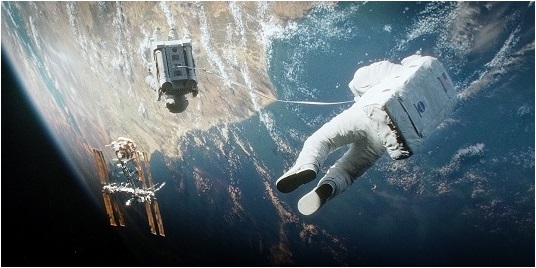