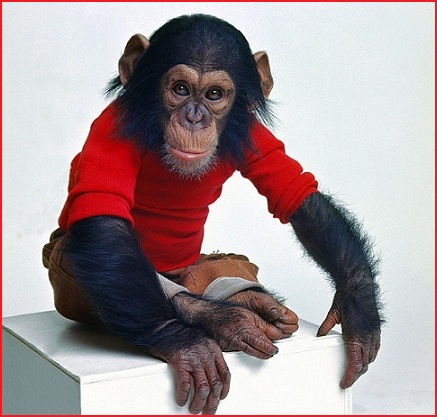 When the end credits began to scroll for the new documentary Project Nim, I rose from my seat to leave but found the aisle blocked by a young boy and his family.  I tapped the kid on his shoulder, made a slitting gesture across my throat, and said a single word to him:  “Dirty.”  The kid smiled, stood up to let me pass, and asked his parents to do likewise.

The kid and I had communicated like Nim Chimpsky, the “star” of Project Nim.  Nim, a chimpanzee born in captivity, was the subject of a famous – or infamous – scientific experiment that began in 1973 when a Columbia University behavioral psychologist and his students began a sort of English immersion project for Nim.  The idea was to place the chimp with a New York City family – husband, wife, kids and pets – and to raise the little fella exactly like a human infant.  The goal was to determine whether chimpanzees can learn language – not just symbols and memorization, but real grammatical communication.

Depending on whom you believe, the experiment did or did not go well.  After years living with the LaFarge family, Nim was transferred to a string of unpleasant new homes, including an animal medical research lab.

Project Nim is a remarkable movie.  It tells the sad story of Nim, certainly, but it also reveals a lot about the people in his world, including project leader Herbert Terrace, a man seemingly more interested in bedding female undergrads than in making good science and who, probably to his regret, allowed director James Marsh to interview him for this film.  There is very little humor in Project Nim, but the audience broke out in derisive laughter whenever the unctuous, clueless Terrace attempted to justify his self-centered behavior.

But when Nim is torn from his human environment and consigned to a lifetime of caged isolation, you have to be pretty cold-blooded not to feel for him.  One episode near the end of the film, when a former “family” member comes to visit Nim in his pen after years of absence, took me completely by surprise with its emotional power.

Oh, yeah.  You might be wondering about that business between the kid and me at the end of the movie; the boy who let me pass after I gestured at him and said, “Dirty.”  What was that about?  I could tell you, but I don’t want to.  You’ll have to see Project Nim to find out for yourself.        Grade:  A- 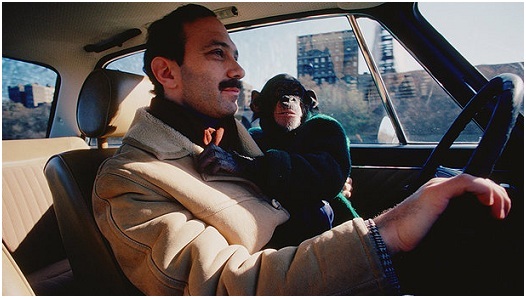 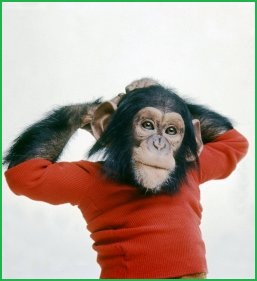 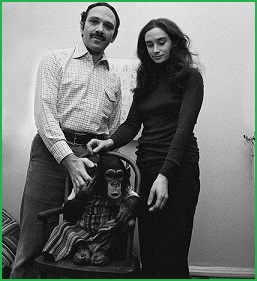 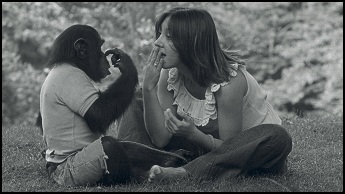