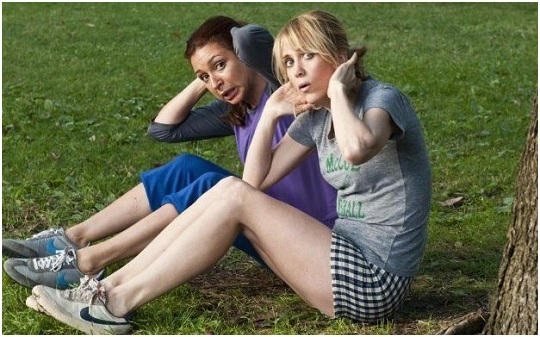 The makers of Bridesmaids are going to great lengths to convince prospective ticket buyers that their film is not one of those dreaded “chick flicks.”  Don’t let them fool you, fellas, because Oh.  Yes.  It.  Is.

Bridesmaids brings to the table nearly everything clichéd about the much-maligned wedding movie:  the self-pitying heroine (Kristen Wiig), who watches in horror as her best friend dumps her in favor of material bliss; the caddish lover (Jon Hamm); the long-suffering “good guy” (Chris O’Dowd) who puts up with all manner of female foolishness; the wisecracking girlfriends.  In other words, Bridesmaids is a female version of a Judd Apatow movie – and that’s not a good thing.

Apatow, perhaps stung by criticism of the string of male-oriented Porky’s clones on his resume, produces this vehicle for Wiig (she also co-wrote the screenplay) and, I’ll have to admit, on the few occasions that I actually laughed, it was during scenes that featured an Apatow specialty:  gross-out humor.

But this movie is no step forward for the romantic comedy.  Showcasing actresses who behave just as immaturely as the boys do in movies like Superbad and The Hangover is not exactly an advancement for feminism in Hollywood.  Proving that girls can do everything boys can do only matters if what they do is worth doing.  Alas, just as The Hangover insisted it was the bachelor party that matters most, in Bridesmaids it’s the wedding that is all important – not marriage itself.

Despite what the promoters of Bridesmaids would have you believe, this movie is not about “relationships” between anyone – male or female.  Each character is there to serve a simple function:  set up the next (usually lame) comedy sketch.

Whatever happened to the good “chick flick” – movies like Four Weddings and a Funeral and Terms of Endearment?         Grade:  C+ 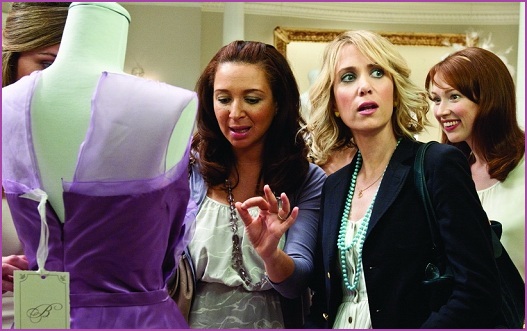 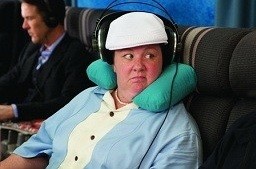 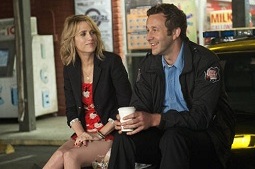 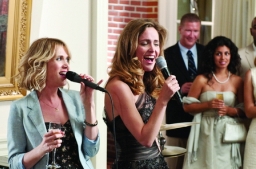 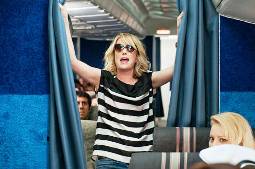 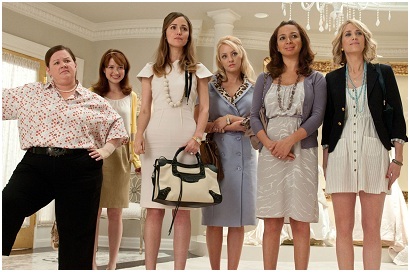