The problem with movies in which the main character begins to hallucinate is that, as a viewer, you are powerless.  The director, not you, gets to decide what’s “real” and what is not.  If he so chooses, anything goes:  Is that a reflection of the heroine in the mirror, or is it the image of a dead woman?  Are those bloody scratches on her body just a hallucination, or are they genuine?  As a mere member of the audience, you can only decide if the filmmaker is playing fair.

Director Darren Aronofsky in Black Swan goes a little too Freddy Krueger for my taste.  His protagonist, a young ballerina named Nina Sayers (Natalie Portman), endures one too many surrealistic episodes – often accompanied by that cheapest of movie tricks, the dreaded LOUD SOUND EFFECT! – and these Grand Guignol excursions damage the dramatic flow and credibility of the story.

But Black Swan is never boring.  The acting is first rate, including Barbara Hershey as the creepiest stage mother this side of Kim Stanley in Frances, and Vincent Cassel as a man who has discovered there are no Human Resources departments in ballet companies, and thus uses sexual harassment of young dancers as a routine part of his “instruction.”

Portman stars as a young dancer whom everyone pressures because they believe she has talent but lacks the passion to fully capture the role of the Black Swan in Swan Lake.  Portman dances well, and she proves she can fake orgasms with the best of them, but … all this talk of a Best Actress award?  There are scores of close-ups of Portman’s face, looking tense.  Is that how you win an Oscar?  I think I prefer Annette Bening’s more nuanced performance in The Kids Are All Right.

From press reports it’s apparent that Aronofsky was aiming for a film in the tradition of Roman Polanski’s early thrillers.  What he delivers is All About Eve meets A Nightmare on Elm Street.  His film is atmospheric and packed with histrionics, which is entertaining stuff but not particularly memorable.        Grade:  B 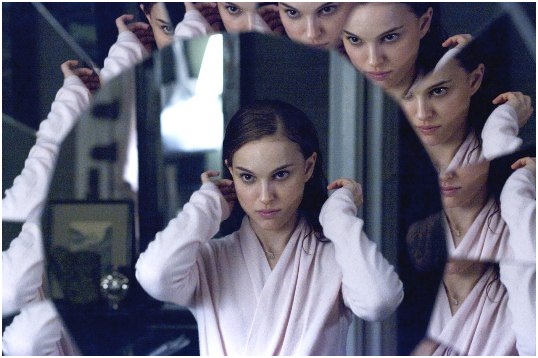 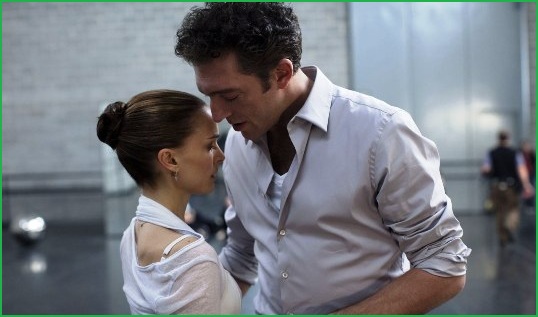 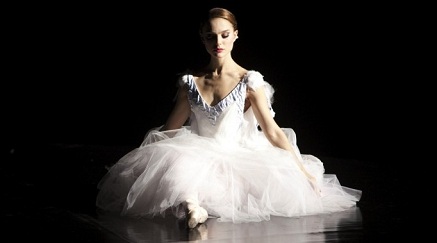