Free Flick of the Week: “The Silencers” 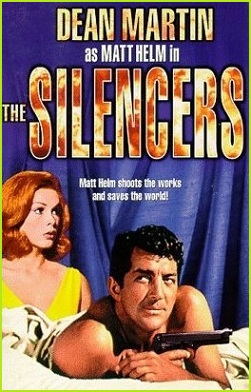 Thanks to James Bond, secret agents dominated Hollywood in the mid-1960s.  Sean Connery was hard to top, so movies and TV decided to spoof 007, rather than compete with him.  Television had Get Smart, and the movies came up with James Coburn in the Flint series and Dean Martin as Matt Helm.  The Silencers was the first in a series of Helm adventures, and it is as ridiculous, sexist, and outdated as you might expect.  And yet, these over-the-top satires had more wit than the moronic Austin Powers films, in my humble opinion.  Watch Martin and Stella Stevens for free by clicking here. 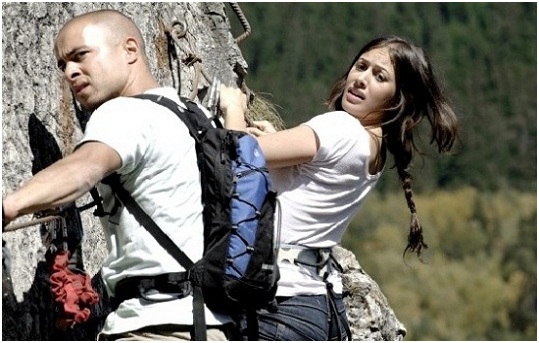 Scenario 1:  Lady A is late to the movie theater.  Parking is impossible to find, and the concession-stand line is endless.  As a result, Lady A misses the first half of High Lane.

The following day, you bump into Lady A and Gentleman B, and ask both what they thought of the film.  “A crackerjack adventure with gorgeous scenery,” Gentleman B tells you, adding, “I highly recommend it.”  “It was horrid, cliché-ridden, slasher dreck,” says Lady A.  “By all means, avoid it,” she adds.  Who is giving you the best advice – Lady A or Gentleman B?  Answer:  both of them.

The first half of director Abel Ferry’s … well, “horror/adventure,” sports some of the best, tensest mountain-climbing scenes this side of Cliffhanger.   The mountain views (allegedly of the Balkans but reportedly shot in France) are breathtaking.   Ferry’s depiction of these nerve-wracking crags and crevices and their effect on one character’s vertigo is dizzying, indeed.

But for some unfathomable reason, at the 45-minute-mark the film makes a Wrong Turn and steers away from nail-biting action to tiresome, seen-it-all-before horror.  I suppose the idea must have looked good on paper:  Deliverance Meets Leatherface.

Our heroes, a group of five young and attractive (naturally) climbers, suddenly find themselves stalked and cocked by a sort of Croatian Keith Richards, an unwashed hillbilly who, in the grand tradition of all bogeymen, has no trouble snaring young people who sprint full-speed while he simply plods after them.  Everything you expect to see is included:  A young woman miraculously displays martial arts skills; people go places they shouldn’t, and do things they oughtn’t – all in the service of a plot gone spectacularly wrong.           Grade:  C 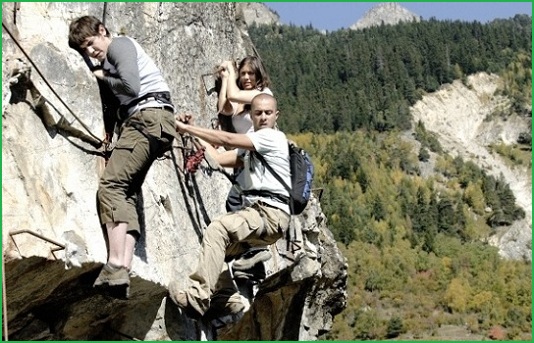 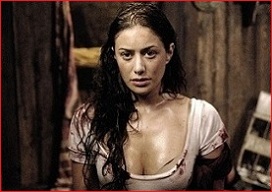 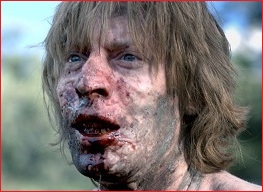 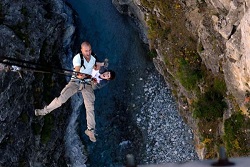