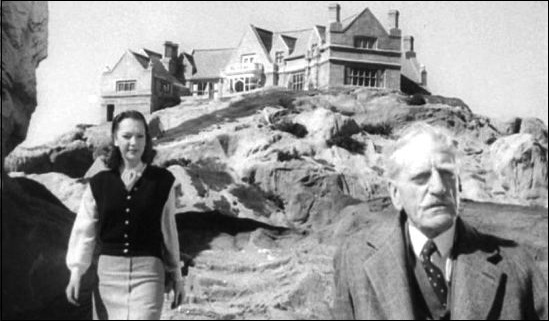 Who among us, in our misspent youth, has not hunched over a game board and contemplated Colonel Mustard doing something nasty with a lead pipe in a conservatory?  “Clue” fans and Agatha Christie buffs, And Then There Were None is the movie for you.  Christie’s classic whodunit has been filmed many times, but no version can match director Rene Clair’s tongue-in-cheek delight from 1945.

A group of strangers is summoned to a barren island and, sequestered in a cliffside mansion staffed by two servants, the guests are bumped off, one by one.  Clair’s actors play all of this straight-faced, but the movie is loaded with sly wit and humor.  And these really are the characters from “Clue.”  Barry Fitzgerald, Walter Huston, Roland Young, June Duprez, C. Aubrey Smith, Judith Anderson, and Richard Haydn are all outstanding.

My only quibble is that, typically for films of that time, Christie’s ending has been altered.  Rest assured, there is no happy ending for the young lovers in the book.     Grade:  A-