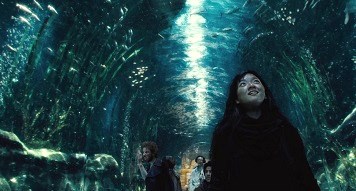 It’s the future (again), and what’s left of mankind is crammed into a high-speed train that endlessly circles the frozen Earth.  Will the have-nots in the back of the train revolt and seek revenge on the elite at the front?  Snowpiercer suffers badly from comic-book-movie disease:  It takes itself much, much too seriously.  The dialogue is trite and the character development nonexistent, yet the movie wants us to care about the fate of its cardboard characters.  There are, however, some cool-looking sets aboard the train.  Release:  2013  Grade:  B

It’s a cynical world, but you wouldn’t know it from watching Disney’s charming Frozen.  What’s not to like?  For starters, Kristen Bell brings spunk and humor to the heroine, a determined princess named Anna.  The animation is startlingly good and the songs are … satisfactory.  There are some lapses of logic in the story (loosely based on Hans Christian Andersen’s “The Snow Queen”), but hey, this is a fairy tale and double-hey, isn’t this movie supposed to be for kids?  Release:  2013  Grade:  B+ 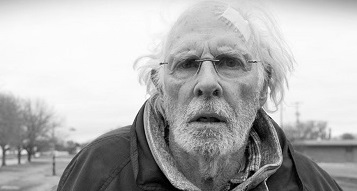 The rubes who populate Nebraska are a bit stereotyped, but it’s a pleasure to watch 76-year-old Bruce Dern and Will Forte as a father and son making a cross-country trip to claim what Dad thinks is a sweepstakes prize.  This isn’t director Alexander Payne’s best work, but his trademark gentle humor is on full display, and so is the Midwest – for better or worse.  Release:  2013   Grade:  B