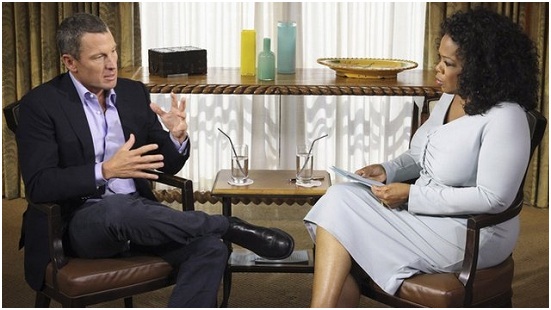 I’m tired of Lance Armstrong and I’m tired of Oprah.  The former is just the latest in a string of arrogant jerks from Texas, and the latter is a gigantic, unctuous blob of fat.

In her interview with Armstrong (above), Oprah had a lot of “yes” or “no” questions for the middle-aged man who rides bicycles for a living.  I have one for Oprah:  “Yes or no, you had four pumpkin pies for dessert last night, didn’t you?”  As for the sociopath who sat across from her, it’s not a genuine “apology” if you expect something in return, and this pompous ass clearly wants something in return.

Much more entertaining is the loopy story of Notre Dame linebacker Manti Te’o (below) and his enigmatic “girlfriend.”  This ongoing scandal is delicious because the only damage being done is to the overstuffed egos of monomaniacal coaches, idolized jocks, and lazy sportswriters. 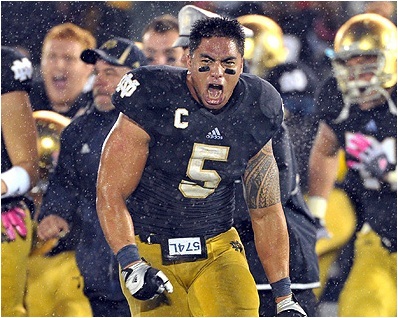 Notre Dame athletic director Jack Swarbrick (below) getting misty-eyed at his press conference about the Te’o controversy?  Priceless. 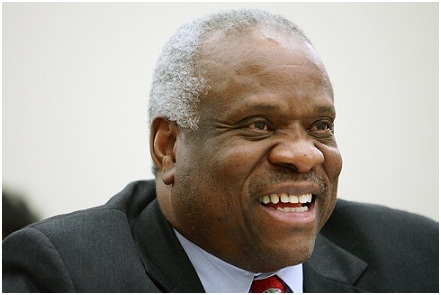 “Better to remain silent and be thought a fool than to speak out and remove all doubt.” — That’s an aphorism attributed to any number of historical figures, and a piece of advice rigidly adhered to by Clarence Thomas (above) until Monday when, for the first time in nearly seven years, the Supreme Court justice opened his mouth in court and said … something. We’re still not sure just what.

“The governor is the master of the one-liner.” — Fox & Friends doofus Steve Doocy, gushing about Arnold Schwarzenegger.  That’s because if a movie script assigns more than one line to Arnold, he’s in over his head. 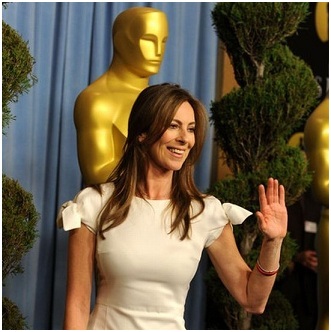 Kathryn Bigelow (above) attracts controversy the way Honey Boo Boo attracts chiggers.  Three years ago, Bigelow won Best Director for The Hurt Locker, an OK movie that I’ve already forgotten.  This year, she got snubbed for her efforts on Zero Dark Thirty.  I suspect Bigelow won for Locker because she is female, and Academy voters felt guilty about having never awarded a directing Oscar to a woman.  I also suspect she got penalized this year because she doesn’t condemn torture in Zero.

When posting pictures of the enemy, media outlets tend to select less-than-flattering images.  And so we have The Huffington Post running this shot of NRA spokesman Wayne LaPierre. 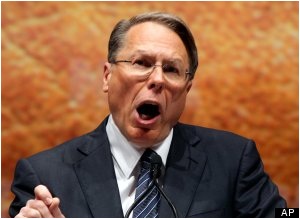 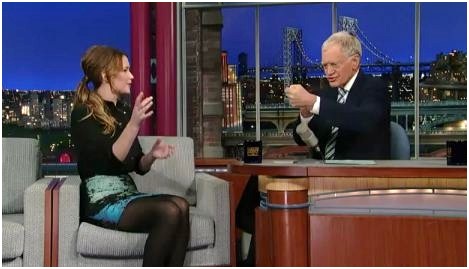