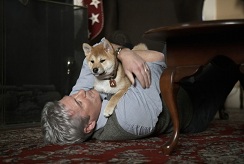 Hachi: A Dog’s Tale     If you’re not an animal lover, the first hour of this little-seen tearjerker about a man and his dog might seem an interminable bore because, other than scenes of Richard Gere playing with a furry little critter (stop it; I know what you’re thinking), not much happens.  But if you do have a soft spot for pets, the last 30 minutes of this film … sorry, I have to go find some tissues now.  Release:  2009  Grade:  B+

M     The opening half of Austrian director Fritz Lang’s first talkie hasn’t aged particularly well — too much police procedural and a lack of interesting characters — but stay tuned for part two, in which bug-eyed Peter Lorre gives a performance that is absolutely riveting.  Lorre plays Beckert, an androgynous pedophile who terrorizes Berlin with a series of child murders.  The hunting of Beckert, Lorre’s deer-in-the-headlights flight, and his “trial” by the city’s underworld are the stuff of cinema legend.  Release:  1931  Grade:  A- 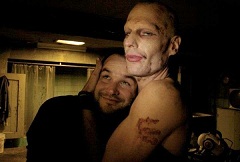 The Divide     Tenants take refuge in the basement of an apartment building when a nuclear bomb levels their city — and that’s just the beginning of their ordeal.  Stretches of the film are like a nightmare:  surreal and unsettling, but also absorbing.  The Divide’s downfall is a screenplay with characters who are all unpleasant or bland, and a plot that degenerates into one disturbing scene of human depravity after another.  Release:  2012  Grade:  C

My Life as a Dog     Life is tough for 12-year-old Ingemar in 1959 Sweden, but the kid’s pain is our gain in this charming comedy-drama.  Director Lasse Hallstrom finds the perfect emotional balance as he depicts the early adolescence of Ingemar, who is shuffled from one home to another when his terminally ill mother can no longer care for him and his brother.  If that sounds maudlin, not to worry.  The oddball characters Ingemar meets — and some marvelous acting — lift this movie out of the doldrums and into the realm of coming-of-age classics.  Release:  1985  Grade:  A-