Yeah, I know.  Shia LaBeouf is no James Stewart, Sarah Roemer is no Grace Kelly, and director D.J. Caruso will never be mistaken for Alfred Hitchcock.  But I like their movie Disturbia, anyway.

In this 2007 reboot of Hitchcock’s Rear Window, LaBeouf stars as Kale, a high school senior who, following the tragic death of his father, acts out in such an aggressive manner that he is sentenced to house arrest, confined to his messy bedroom, his electronic toys – and the dubious pleasure of spying on his suburban neighbors.  One of those neighbors turns out to be a serial killer, but will anyone believe bad boy Kale’s story?

Yes, this tale was told much better in Rear Window, but if you don’t go into Disturbia expecting “instant classic,” you will have a voyeuristic good time.  That’s because Caruso does a fine job blending John Hughes-inspired teen comedy with Hitchcock-style suspense. 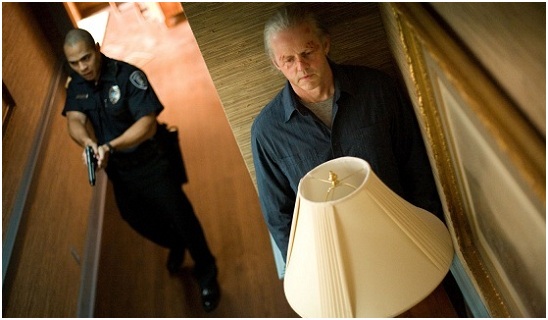 The movie also works because LaBeouf – think what you will of his off-camera exploits – has charisma out the caboose.  Caruso said that in casting his young star, he was seeking an actor “who guys would really like and respond to, because he wasn’t going to be such a pretty boy.”  Mission accomplished.  I can’t imagine Robert Pattinson carrying this film.

LaBeouf has some solid support.  David Morse, as menacing neighbor Mr. Turner, is good enough to make you forget Window’s murderous Raymond Burr.  Roemer, although no model of sophistication, a la Kelly, would make any teen boy hyperventilate (not to mention, ahem, some older males).

But Disturbia is LaBeouf’s movie.  His Kale is troubled, intense, insecure, and sometimes annoying.  He is also compulsively watchable.  Hell, I even liked his messy bedroom.         Grade:  B 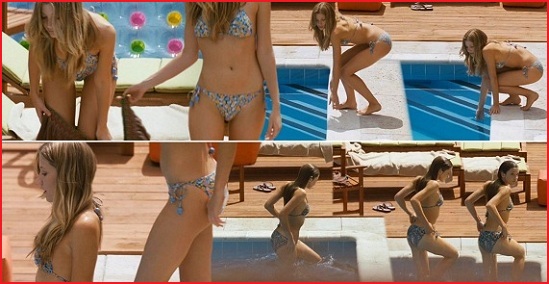 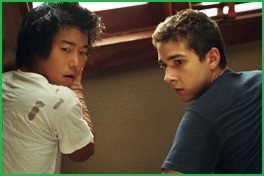 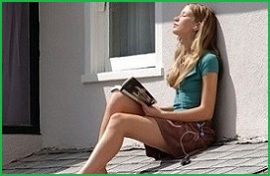 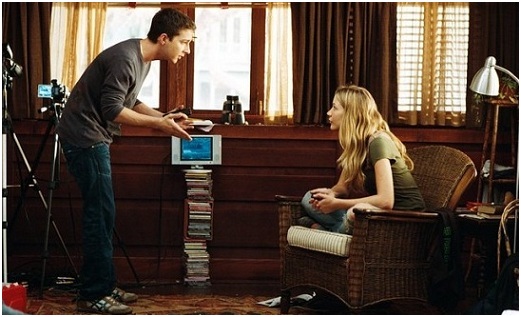