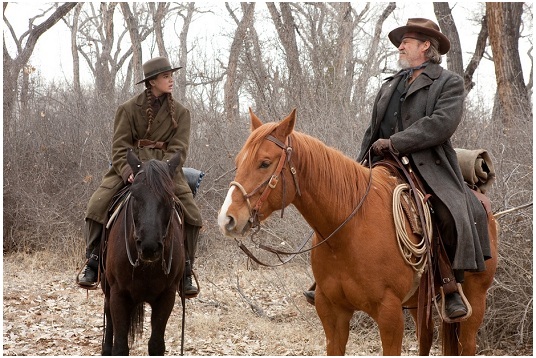 I was washing up in the men’s room at the movie theater when I noticed another man, roughly my age, doing the same at another sink.  “Which movie did you like better,” I asked him, “this one or the old one?”

He hesitated a moment, looked up and said, “I think this one.”

We had both just watched the Coen brothers’ remake of True Grit, the classic John Wayne western.  I understood why the man in the restroom had hesitated.  It’s hard to distinguish between the two films, one produced in 1969 and the other just released.  Hard to distinguish because if ever the word “remake” applied to a motion picture – aside from Gus Van Sant’s ill-conceived carbon-copy of Psycho – this is the time.

To say that Joel and Ethan Coen pay respect to the 1969 film is an understatement.  The dialogue in the two films is frequently twin-like, the story, except for its ending, is the same, and some of the settings (I am thinking of the dugout scene) appear identical.  But the Coens enjoyed an advantage with their version of Charles Portis’s novel:  a bigger budget and superior production values.

In that respect, the Coens’ True Grit is the better movie.  But watching it is an eerie, déjà vu-like experience.  Ethan Coen has said that his and Joel’s film is more faithful to the spirit of Portis’s book than it is to the Wayne movie.  I don’t buy that for a second.  The new film is the old film but with different actors and better art design.

It all comes down to this:  Whom do you prefer as Rooster Cogburn, Jeff Bridges or John Wayne?  The man in the restroom preferred Bridges; I believe I prefer The Duke – but only by a whisker.         Grade:  B- 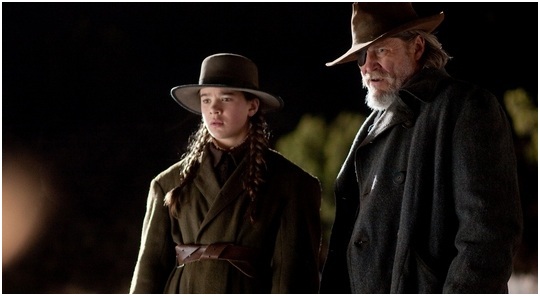 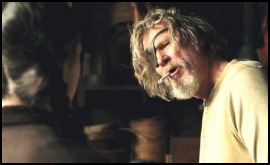 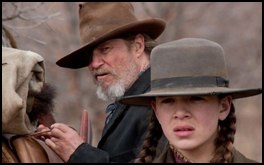