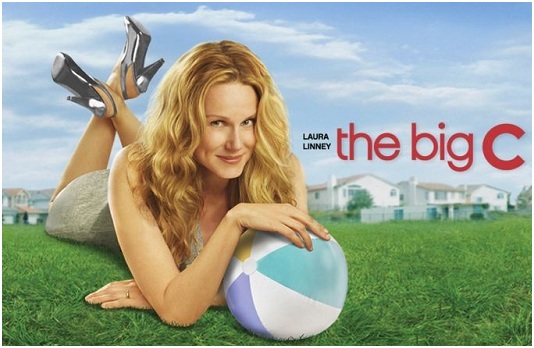 No good roles for women of a “certain age” in Hollywood?  Balderdash.  You just have to avoid the local Cineplex, which has become the domain of the teenage boy, stay at home and turn on your television.  One of the best shows in any medium is playing on Showtime:  The Big C, a comic drama created, written, and informed by women.

Laura Linney stars as Cathy Jamison, a Mary Tyler Moore for the 21st century.  Like Mary Richards, Cathy lives in Minneapolis, has a career, and is the neighborhood “good girl.”  But unlike Mary, Cathy has cancer – and some unorthodox ways of dealing with her crisis that would likely horrify Mr. Grant.

This is a smart, smart show.  Cancer is always lurking in the background, of course, but what makes the series sparkle are its wit and unpredictable characters.  Cathy at first glance is what you might call a spunky “soccer mom,” but she is surrounded by friends and family straight out of the booby hatch.  In other words, her support network consists of realistic human beings.  And, as someone famous once opined, we all know what bastards they can be.

One of the joys of the first season (the show returns with season two later this year) is the introduction of these goofballs, each of them a comic delight:  Sean (John Benjamin Hickey), Cathy’s dumpster-diving, politically savvy brother; Paul (Oliver Platt), her emotionally stunted husband; Marlene (Phyllis Somerville), a modern-day Ma Kettle who lives across the street; Rebecca (Cynthia Nixon), her promiscuous ex-college roommate … and on and on.  All of these characters are obnoxious on the surface; all of them are addictively watchable.

I’ve said before that the test of a great show is if it can transcend its target audience. I’m pretty sure I’m not in The Big C’s primary demographic, which would probably be those women of a “certain age,” but I recognize great writing when I see it.  Unlike Mary Richards, Cathy makes a lot of really bad decisions – but we always understand why, and we’re always on her side. 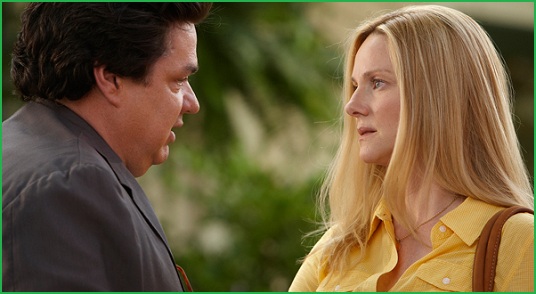 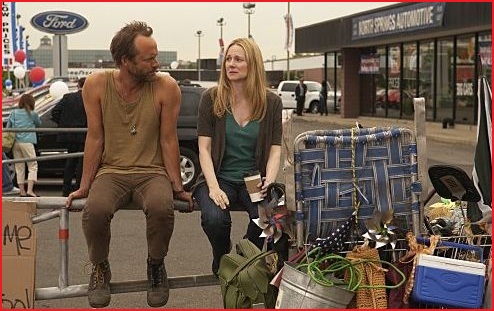 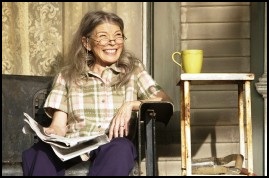 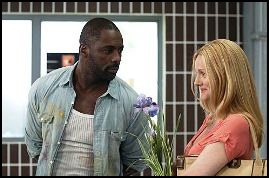 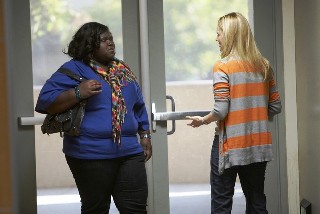