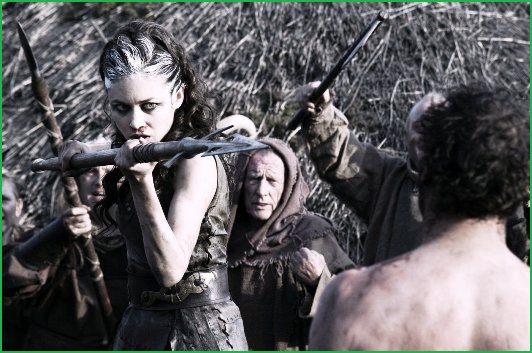 Movies like Centurion want desperately to be taken seriously, but they make it so damned difficult.  They often begin with some type of solemn, written prelude, in this case regarding an ancient dispute between the Romans and some people called the Picts (“based on a 2,000-year-old legend,” the end credits assure us).  The movie features lots of gory beheadings and spearings, swelling violin music, and some spectacular, fairytale-like photography (shot on location in Scotland), all of it skewed to make us root for hero Michael Fassbender and his fellow Romans.  But I stubbornly refused to do so.

I preferred the scruffy Picts.  For one thing, as you watch the movie, you discover that all of the supermodels were Picts.  Also, the Picts, bless their blue-painted cheeks, were the native inhabitants of Northern Britain; it was the arrogant Romans who imperialistically invaded the Picts’ homeland.  (I’m no European historian, I’ll admit; I’m just going by the story as presented.)

The main Pict supermodel, a brunette “tracker” named Etain (Olga Kurylenko), was raped and then de-tongued by nasty Romans when she was a child.  The young son of the Pict king is slaughtered by a conniving Roman.  The Roman soldiers, with whom we are meant to side, are disorganized, constantly on the run, and say “fuck” a lot.  They also speak in an odd mixture of ancient Roman and modern MTV.  “Being a legend will get you laid,” chortles one soldier, a sentiment quickly followed by, “The gods have forsaken us.”

Which side would you root for in this dispute – the rude, vulgar, invading Romans, or the Picts with all of their supermodels, including Etain, her blonde comrade, and a fetching witch?  Oh, and these supermodels can fight:  It takes a slinky, sultry beauty like Etain to lick a Roman general in hand-to-hand combat.

All of this twaddle is filmed with deadly earnestness, but how anyone older than 12 can take any of it seriously is perplexing.  Perhaps the joke is on me.  Maybe Centurion is meant to be tongue-in-cheek, a campy frolic, but I don’t think so.  I’d ask the foxy Etain, but she has no tongue.       Grade:  C 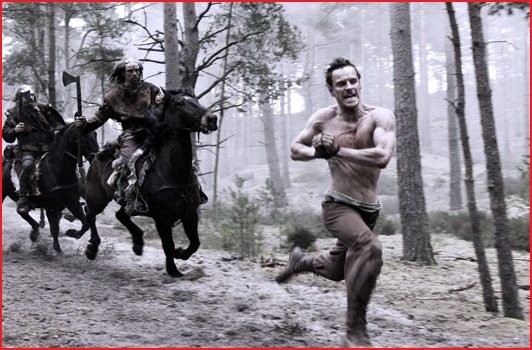 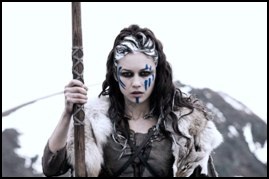 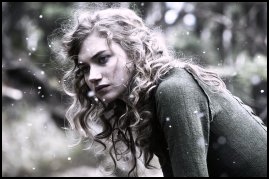