The other day at work, a colleague casually mentioned that he’d rewatched the 1972 schlock masterpiece Frogs. That got my attention. I, too, had watched the so-bad-it’s-good horror flick just a few days earlier.

“Did you see it on Svengoolie?” I asked.

His eyes lit up. Of course he had.

Svengoolie, for the uninitiated, is the name of a long-running, Chicago-based syndicated show that airs Saturday nights on MeTV. My colleague and I are fans. I suspect we have lots of company.

Once a week, a mustachioed, portly vampire with dark circles under his eyes hosts a two-hour retrospective, mostly of B-movies from the 1950s-1970s with an emphasis on science fiction and/or horror. The schlockier the movie, the better.

Svengoolie introduces the films and, during breaks, peppers the show with skits, parody songs, and viewer letters. And puns. Lots of puns. There are occasional guest stars, some of whom you might even recognize:

The show is aimed at kids, so you won’t find I Spit on Your Grave here. You will, however, find movies like It! The Terror from Beyond Space, Them! and, as I said, Frogs.

Kids come for the funny costumes, the skits, the songs, and the corny puns. But the, ahem, “viewers of a certain age” stay for the trivia. At some point in each episode, Sven provides amusing background on the featured movie’s cast and crew. Last week, during a screening of It! The Terror from Beyond Space, we learned that nearly every member of the cast had guest starred on Perry Mason. (If they didn’t appear on Mason, you can be sure they were on Gunsmoke.)

That might not interest you (or the kids), but it’s catnip to we, ahem, viewers of a certain age.

In the screencap below from Frogs, for example, do you recognize the handsome young man pictured at left?

Here he is again in a recent photo: 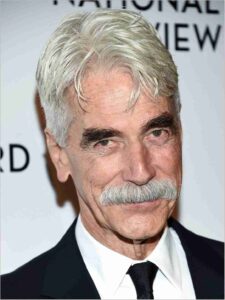 When my work colleague and I were kids, we didn’t have Svengoolie, or even Elvira. We did, on the other hand, have this magazine:

Svengoolie preserves the spirit of Famous Monsters of Filmland. I propose we give a hand (literally or not) to Rich Koz, the man behind Svengoolie’s mask. Koz (pictured below) writes every show and performs most, if not all, of the voices. He’s been doing it since 1979. 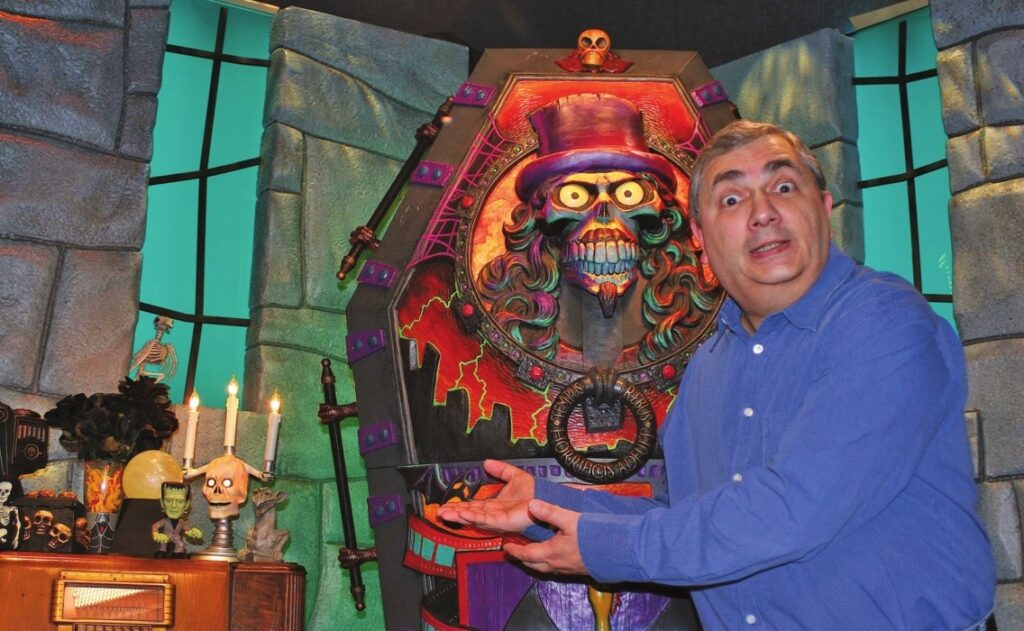 And you can even buy a t-shirt. But no personal checks.

Ingrid Goes West aspires to be All About Eve for the social-media generation, but there’s a crucial difference. In Eve, the characters were snakes — but snakes with charm and wit. In Ingrid, the characters are snakes, but shallow and witless.

Only in the third act does the movie come to life, when Ingrid sheds her creepy stalker persona and reveals herself to be a genuine human being. Release: 2017  Grade: B