Seems to me the best part of the Trump-Cohen secret tape recording is the fact that National Enquirer publisher David Pecker is referenced, and so media outlets are once again free to say or write “Pecker.”

If you are not sure who David Pecker is, Google his name. Go ahead, you know you want to.

Lots of happy faces on Fox News about the economic-growth report.

But my wallet hasn’t gotten any bigger.

Seems to me that TV pundits ought to contain their glee until someone other than fat cats gets a fatter wallet.

Russian “collision”? Seems to me if you’re constantly battling “dumb blonde” accusations, you ought to proofread your Tweets.

“She is young.” – Marie Harf excusing media darling Alexandria Ocasio-Cortez’s (above right) embarrassing stumble over a question about Israel.

If you’re going to excuse Ocasio-Cortez for her “youth and inexperience,” I think you’ve got to pardon Trump for his “senior moment” in Helsinki.

We forget that in Hollywood’s golden age, 1971-72, audiences were treated to gems like these:

– CNN’s Jim Acosta, above, whining about Donald Trump at a British press conference and proving that Acosta, too, should have a giant baby balloon.

Does Peter Strzok’s bald spot have a Twitter page? I think it should.

If I didn’t know better, I’d suspect that the girls on Big Brother actually want us to see their titties.

Below, houseguest Haleigh Broucher plays peek-a-boob with the CBS camera.

I keep seeing commercials for an intriguing new series on FX called Snowfall.

Just one problem: It’s not an intriguing new series on FX. It’s in its second year.

There are just too damn many shows on TV. Who can keep up?

Hmmm … why does that plot sound so familiar?

“Every single time, he has fought like a rock for conservative legal principles.” — Justin Walker, former Kennedy clerk, commenting on one of Donald Trump’s Supreme Court candidates.

Since when did rocks become known for their fighting prowess?

The hamsters on Big Brother can’t seem to keep their clothes on.

Here is fitness model Angela Rummans demonstrating ladylike poses while sunbathing (top video), and how to full-frontally flash an audience without seeming to do so (bottom video):

And finally, with a nod to the late, great Groucho Marx: 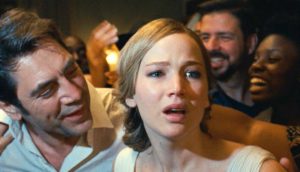