Seems obvious that if we wind up in a nuclear war with North Korea, Hollywood will be to blame. There is precedent for this kind of thing. 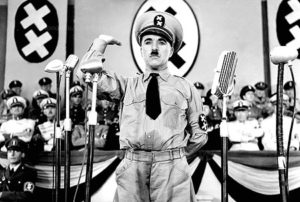 Back in 1940, Charlie Chaplin released a satire about Adolf Hitler called The Great Dictator, and a few years later we were engaged in a world war with the mustachioed madman. In 2014, Seth Rogen and James Franco released a comedy about Kim Jong-un called The Interview, and then …

There are new hamsters in the Big Brother house, so we should have no shortage of memorable quotes this summer.

Cody and his gal-pal

Cody: “I’ve done everything stupid that I possibly can.”

Also per tradition, the houseguests this year are quite camera-shy: 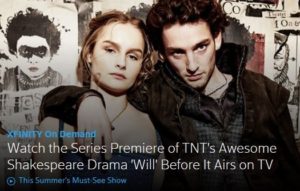 Maybe the new Shakespeare series on TNT will be one of the greatest shows in television history. But when I see ads in which the Bard of Avon is portrayed by yet another male-model type, well ….