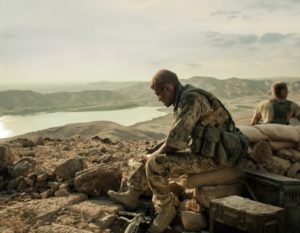 Here’s a tense, realistic slice of war in which a small band of British soldiers in Afghanistan gets trapped in a riverbed littered with active landmines. This is the rare thriller in which the gore is not gratuitous, the special effects are actually special, and the term “nail-biter” can be taken literally — I was certainly biting mine. Release: 2014  Grade: A- 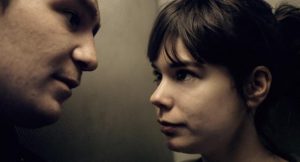 Victoria has a gimmick, sure. It’s a 138-minute movie shot in one long take — no edits, no breaks. But once you stop marveling at the technical skill of the filmmakers, the single-shot gimmick actually aids the story, pulling you along with young Victoria as she impulsively hangs out with some bad boys on a night when things go horribly wrong in Berlin. The movie artfully transitions from playful lark to exciting heist to, most surprisingly, a touching finale. Release: 2015 Grade: A-

We’ll never know exactly what transpired atop Mt. Everest on May 10, 1996, the day that eight climbers expired while attempting to scale the peak, because survivors dispute the details. But I do know two things about 2015’s Everest: 1) as an adventure movie, it boasts climbing scenes that are spectacular and harrowing, and 2) as a human drama, the film is somewhat lacking. When people die every day somewhere on the planet from poverty, natural disasters and senseless violence, it’s hard to muster empathy for a bunch of rich adventurists who perished in pursuit of bragging rights.  Release: 2015  Grade: B