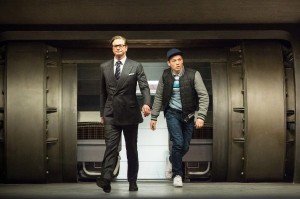 A street kid is recruited by an international spy (Colin Firth) to combat an evil billionaire (Samuel L. Jackson) who plans to dramatically reduce Earth’s human population – ostensibly to combat global warming. This British spy movie is more in line with the sillier James Bond adventures starring Roger Moore than with the more recent, dead-serious Daniel Craig outings. The plot is outlandish and the villains cartoonish, but hey, that’s what we paid for. And besides, who doesn’t want to “do it in the asshole” with Swedish actress Hanna Alstrom? Release: 2015  Grade: B