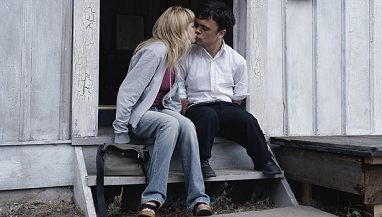 Tired of movies with world-weary, cynical points of view?  Had enough of characters who don’t speak dialogue so much as argue and snipe at each other?  Then you might dig The Station Agent, a quiet little film about quiet little people who find friendship in rural New Jersey.  Peter Dinklage (Game of Thrones) plays a dwarf who moves to Mayberry– er, Newfoundland, to live in an abandoned train station and, with any luck, to escape society’s jerks.  But his new neighbors (Patricia Clarkson and Bobby Cannavale) won’t leave him alone.  That’s the plot – take it or leave it.  I took it.   Release:  2003   Grade:  B 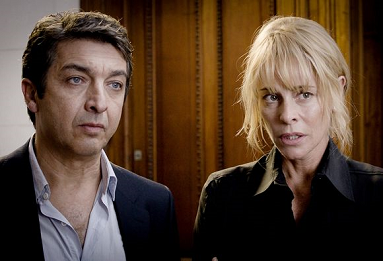 Ricardo Darin, star of Argentina’s Oscar-winning The Secret in Their Eyes, teams with Belen Rueda (The Orphanage) in a thriller about the hunt for two children who vanish from an apartment-building stairwell. I complain about Hollywood’s recent penchant for stretching every movie, no matter how deserving, to interminable runtimes, but Septimo might be one film for which 88 minutes are not enough.  After a tense opening hour, in which estranged parents Darin and Rueda deal with the apparent abduction of their kids, the ending is abrupt and leaves more than a few loose ends.   Release:  2013   Grade:  B

The title lies.  Some women are funny, like Bonnie McFarlane, who wrote and directed this behind-the-scenes peek at the life of a typical stand-up comic — or in this case, two comics:  McFarlane and her husband, Rich Vos.  The documentary, during which McFarlane conducts short interviews with a gaggle of American comedians, is more amusing than laugh-out-loud funny, but it’s hard to diss a flick in which the writer/director/star flashes her own bare butt while strolling bottomless through a field.   Release:  2014   Grade:  B