Fox premiered a new reality show called Utopia.  A bunch of exhibitionist gluttons for punishment volunteered to spend a year at a ranch equipped with scores of TV cameras, and viewers are invited to watch the proceedings, 24 hours a day.  And what kind of goodness awaits viewers of the live stream?  This kind of goodness:

[Editor’s note: Apparently someone at Fox or Dailymotion decided that this video should be cancelled, just like the low-rated show it sprang from. Below is a screen capture from Utopia’s short-lived run.  – January 2016]

Houseguests on CBS’s Big Brother spend a lot of time fantasizing about their post-show popularity with fans, particularly on social media sites.  So imagine their surprise last week when they overheard the audience reception given to booted contestant Christine, who was greeted with a chorus of loud boos.  No, you don’t have to imagine their surprise; here’s a picture: 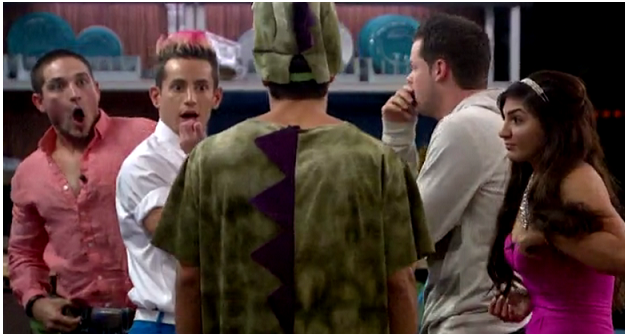 This guy never, ever, has any good news: