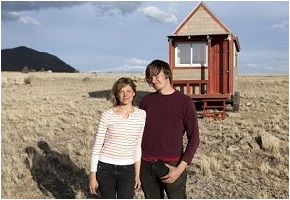 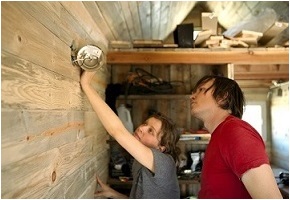 There’s something romantic about chucking it all and adopting a back-to-nature existence, but I’m not sure I could follow the example of the young couple in Tiny who spend a year building a 130-square-foot cabin to call home in Colorado.  They filmed their project, which is part of a “tiny house” movement in which ecologically minded (or financially strapped) folk build and live in miniature homes.  It’s a fantasy with allure, but — there’s not enough room for my books.  Give me Dick Proenneke’s cabin in Alaska, or perhaps Jim Rockford’s trailer on the beach – small, certainly, but not that small.  Release:  2013  Grade:  B+ 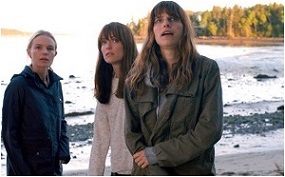 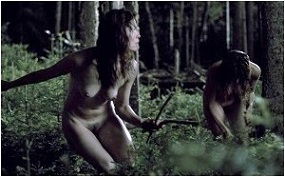 It’s “girls’ night out” from hell for three women whose bonding trip to a deserted isle goes sour when they encounter some Iraq war vets.  Rock asks some good questions: Is a woman ever partly responsible for her own sexual assault? Is every military veteran deserving of our respect?  But after an intriguing setup, director-writer-star Katie Aselton’s story degenerates into a silly, quite literal, battle of the sexes.   Release: 2013  Grade:  B-