I Spit on Your Grave 2

This is why Web sites like “Mr. Skin” exist.  If you have no desire to suffer through the ridiculous plot and unpleasant gore of a film like this, but you do think star Jemma Dallender is a hottie, “Mr. Skin” has screen grabs for you.  Dallender spends much of Spit 2 in the nude, playing a model who is raped, whisked to Bulgaria (don’t ask), and assaulted again before she escapes to exact revenge.  The most shocking thing here is the presence of actor Joe Absolom, who plays such a sweet guy on the British series Doc Martin.  His agent must have put his balls in a vise.  Release:   2013   Grade:   D- 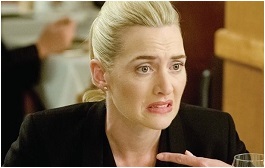 I’m not convinced it was entirely a coincidence that, just two months after the release of Movie 43, esteemed film critic Roger Ebert was in his grave.  A lot of Hollywood A-List talent appears in this comic disaster, which relies almost exclusively on scatological “humor.”  There might be some 10-year-olds who enjoy this but, if so, I weep for America’s future.  Release:   2013   Grade:   F 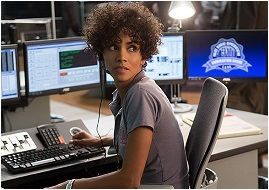 Teen girl is abducted at the mall and stuffed into the trunk of a car, where her only link to the outside world is a cell-phone connection with 911 operator Halle Berry.  It’s realistic, pulse-pounding stuff – until the final half hour when, for reasons known only to the filmmakers, the plot goes all Silence of the Lambs on us.  Release:   2013    Grade:   B-

The problem with Oblivion, essentially a video game for the big screen, is that in between its glitzy CGI and action scenes we must endure:  a) flat characters, and b) a pretentious story that steals ideas from much better sci-fi films.  That’s the bad news.  The good news?  If you’ve just purchased a new high-def TV, it sure does look pretty.  Release:   2013   Grade:   B