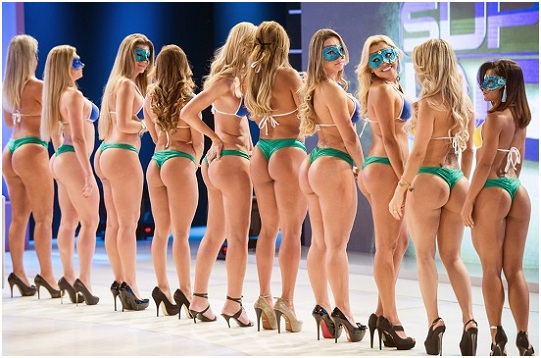 There is an explanation for this picture.  It’s a perfectly newsworthy photograph.  Seriously.  See below.

When I was a kid, I once asked my father what he thought of the comedian Red Skelton.  My dad said that he didn’t care for Skelton because he laughed at his own jokes.

I’m reminded of that every time I watch the spawn of Bill Maher’s Politically Incorrect:  The Five and Red Eye on Fox News, and The Cycle on MSNBC (above).  All three shows feature segments in which a host reads from a prepared “humor” piece.

Problem is, these monologues are rarely laugh-out-loud funny, yet they are greeted with howls of forced laughter from the other panelists.  About the only time something genuinely humorous occurs in the world of politics, it’s spontaneous or accidental — like the angry Iraqi man hurling his shoes at a ducking George Bush. 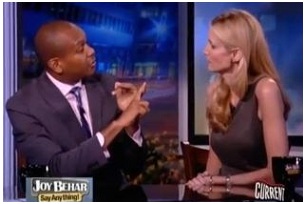 In that same spirit of civil discourse, here is my take on that fat lady singing the blues in Wisconsin:

Stop whining and go home, Miss Piggy.  Your 15 minutes are up, and the only “bully” we’re seeing is you. 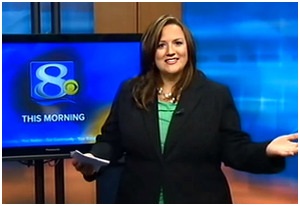 Geez, Arnold, I watched you hem and haw on 60 Minutes and I almost felt sorry for you.  At times, you resembled a … girlie man? 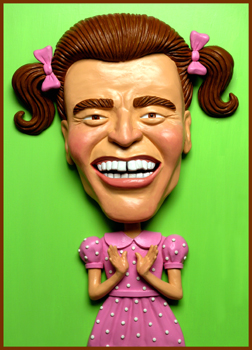 “Television is where it’s at … and I don’t disagree.” — Entertainment Weekly movie critic Lisa Schwarzbaum.

You have to feel a bit sorry for long-time film critics like Schwarzbaum and Roger Ebert, who are often reduced to two choices at today’s cinema:  small, independent movies that no one will see, or the latest brain-dead superhero/comic book/special-effects extravaganza, which is made for and marketed to teenagers.  Meanwhile, all of the best writers have migrated to cable channels like FX, AMC, Showtime, and HBO. 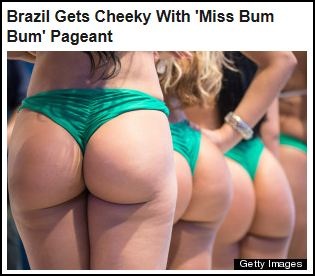 That does it.  If Romney wins, I’m moving to Brazil.