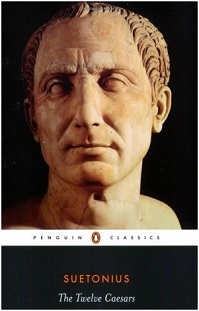 Complain all you want about our current leaders, but their flaws are chicken feed compared to those of the power-crazed, toga-clad rulers of ancient Rome.  For proof, we have this series of short biographies of the Roman emperors, written by someone who was actually there, the Roman scholar Suetonius.

As I read, I would sometimes begin to cut a given ruler some slack, deciding that – at least compared to the others – he wasn’t so bad.  And then I’d learn that he tortured and executed some unfortunate peasant for a trivial offense.  And that he helped himself to a senator’s comely wife.  And that he did worse.  Much, much worse.

But I’ll give the emperors this:  They didn’t discriminate with their atrocities.  Most of them were apparently bisexual, using men, women, relatives, and children as sex toys, and they were just as likely to decapitate a general as a fruit seller.