Free Flick of the Week: “One False Move” 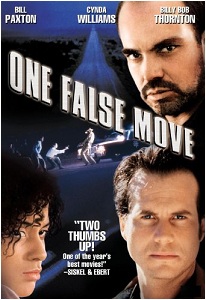 In the 1990s, if you wanted to make a great film about crime in small-town America, the formula was simple:  cast Billy Bob Thornton and Bill Paxton.  Thornton and Paxton worked magic twice – first in 1992’s One False Move, then again in 1998’s A Simple Plan.  Click here to watch the former, free of charge.