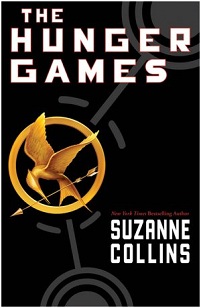 The Hunger Games is a pretty good “young adult” book.  If that sounds condescending, I apologize, but the story has just a few too many silly contrivances, shallow characters, and teen-angst moments to transcend its Y.A. genre.

There are valid reasons why Games has become a cultural phenomenon:  The feisty heroine is appealing, and Collins creates some genuine suspense in a futuristic North America where 24 teenagers engage in a televised fight to the death.  Collins also introduces some interesting themes – including class warfare – but what really sets Games apart from ancestors like The Most Dangerous Game is its “reality TV” angle.

The protagonist’s romantic dilemma of choosing between two boys (neither of them particularly well written) is probably of interest to teen girls only.  But her struggle to survive the games while simultaneously pleasing an audience – it’s all being shown on live TV – is often intriguing.