I was watching Cujo on AMC, and ads for the SPCA kept interrupting the movie, with Sarah McLachlan imploring viewers, “Will you be an angel for a helpless animal?”

I repeat:  This was during a screening of Cujo.  You know, the story about a big dog with rabies that kills everyone?  This dog: 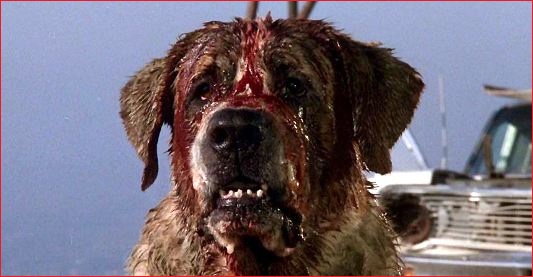 I don’t know, AMC.  Do you think Cujo viewers were likely in the mood to rescue helpless animals? 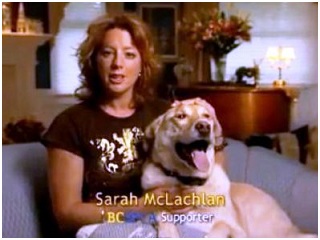 “Do you want a moat with alligators?”

That was a question MSNBC’s Martin Bashir put to Arizona Sheriff Joe Arpaio during a discussion about the Mexican border.  I wasn’t interested in moats with alligators, so I flipped the channel to Fox News, where Shepard Smith announced that dozens of tigers, grizzly bears, lions and monkeys were running loose in Ohio.

I flipped back to AMC, but the movie about a rabid dog was no longer playing. 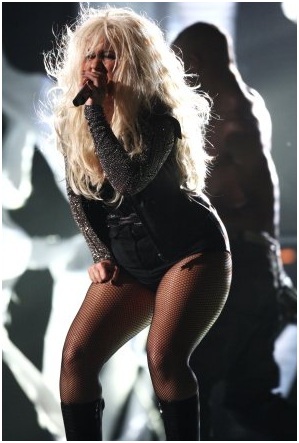 Sorry, but when you go onstage looking like this, you are going to get the snide “fat” comments.

OK, so I’m a little late to the party, but I am getting hooked on the History channel’s reality show, Pawn Stars.  The series has a winning formula:  Customers bring in their junk — a lot of it fascinating, some of it valuable — and it’s evaluated by Las Vegas pawn store employees Rick, Corey, Richard, and “Chumlee,” all of whom exhibit folksy charm.

Just one question:  Why aren’t there more female customers at the Gold & Silver Pawn Shop?

This is how my dictionary defines “classic” — 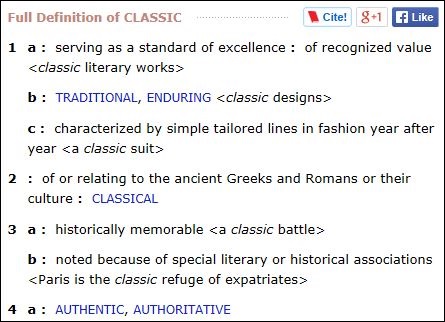 I keep seeing the word “classic” used to describe movies and TV shows that are more than, oh, roughly ten years old.  Last week, I read that Hollywood is producing remakes of the “classic” 1980s movies The Thing and Footloose.  Entertaining movies, certainly, but classics? 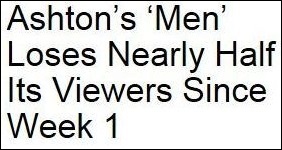