I smiled a lot during Annie Hall, but I never really laughed.  I liked the main characters, New York comedian Alvy Singer (Woody Allen) and Midwestern transplant Annie Hall (Diane Keaton), and they kept me amused, but when the two lovers eventually broke up, I can’t say that I was particularly sad (or surprised).

I suspect that the more you personally relate to Allen’s autobiographical Alvy – i.e., you are a) a New Yorker; b) Jewish; c) nerdish; d) intellectual; or e) a neurotic artist-type – the more you’ll enjoy his signature film.

Alvy is the kind of guy who is entertaining in small doses, but a complete headache for any prolonged period of time.  This is what Annie eventually comes to realize, but not until after she endures a rocky relationship that comes under the psychoanalytic microscope of professional shrinks and – incessantly – Alvy himself.

Keaton is adorably quirky in the title role, but the movie should really have been called Alvy Singer.  Annie is on hand to serve as a sounding board for Alvy’s constant ruminations.  He has choice barbs for Los Angeles, the Midwest, pseudo-intellectuals, love, sex, and fame.  His best pokes come when he’s deflating pompous, left-wing intelligentsia.

But I didn’t blame Annie for wanting to escape.  There’s not a whole lot of emotional sustenance to be gotten from a neurotic know-it-all, and this odd couple was mismatched from the start.  Alvy/Woody amused me for the film’s 94-minute duration but, like Annie, eventually I felt that enough was enough.          Grade:  B 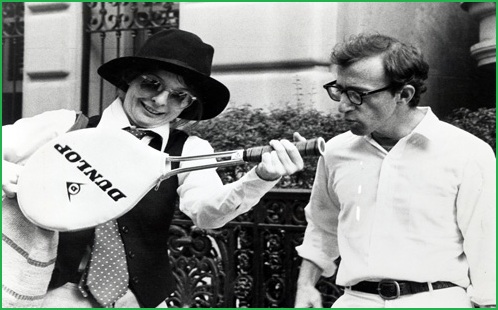 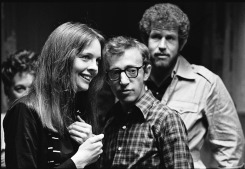 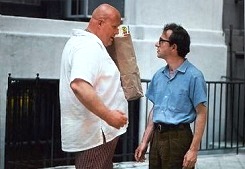 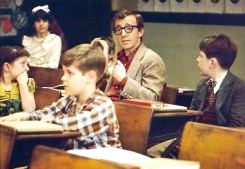 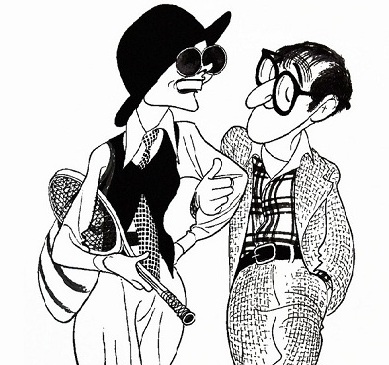