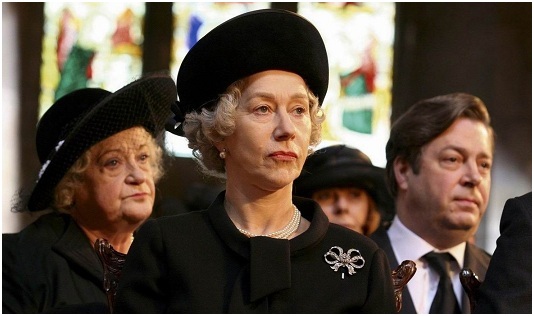 I have strong opinions about a number of those questions, but I’m willing to concede that – being no English historian, and certainly no royal insider – I could be dead wrong on a number of counts.  All I can do is go by what I see.  What I see in The Queen is a captivating performance by Helen Mirren as Elizabeth II, a woman charged with upholding tradition in a changing world.  When Diana dies in a car accident, Elizabeth is faced with a dilemma:  honor traditional protocol, or cave in to the will of the people?

Is Mirren’s portrayal accurate?  I have no idea.  Is it eminently watchable? Oh, yes.  In fact, Mirren’s Oscar-winning turn is the best reason to watch The Queen.  Most of the other characters are either unbelievably white (Michael Sheen as a too-good-to-be-true Tony Blair; you can practically see his teeth sparkle), or implausibly black (James Cromwell as a homophobic, misogynistic, bombastic Prince Philip).  Director Stephen Frears, who generally handles this material well, indulges in a bit of heavy-handed symbolism involving a hunted animal; who knew that traditional England had so much in common with a doomed stag?

For the record, I personally think that the monarchy is a ridiculously outdated institution.  But there are worse things.  The world has changed, whether we – and the queen – like it or not.  But as Elizabeth puts it to Blair: “That’s the way we do things in this country:  quietly, with dignity.  That’s what the rest of the world has always admired us for.”  If you buy that, is it something you really want to change?      Grade:  B+ 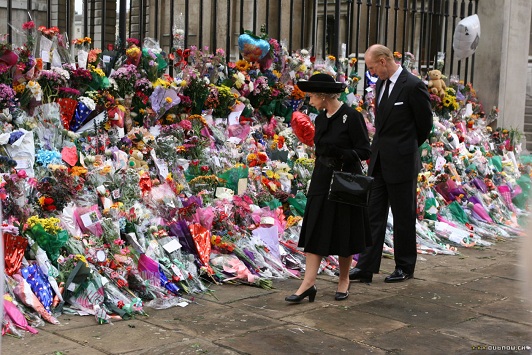 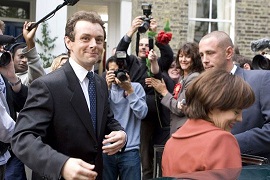 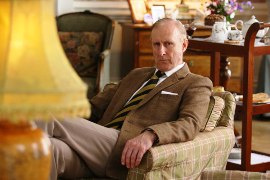 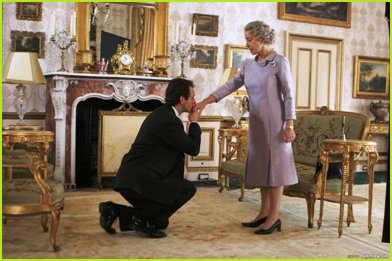