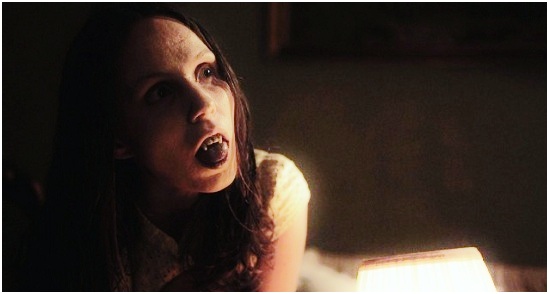 The vampire (or zombie) movie, when it falls flat, is almost too easy to pick apart. But let me do it anyway.

Story:  “Mister” (Nick Damici) and young Martin (Connor Paolo) drive north in hopes of finding a better life in New Eden (Canada), but on the journey they clash with religious fundamentalists, vampires, and a low budget.

What’s Rotten:  Damici has all the charisma of a wooden stake and the magnetism of garlic breath.  He is the “strong, silent type,” which is a good thing because at least that means he doesn’t have much dialogue.

Soaring violins are no substitute for real drama, mellow piano music doesn’t trump genuine pathos and, most of all, LOUD sound effects are a cheap way to make the audience jump.

Director Jim Mickle aims for a grim, gritty ambience, a la The Road, and mostly he succeeds.  But you need interesting characters to populate such a dreary, apocalyptic universe.

What’s Fresh:  There are a couple of cool scenes, both of them, interestingly enough, involving aggressive female vampires.  Or maybe that’s just me.

When the stereotyped “small group of survivors” expands to include women, it’s refreshing that Mickle eschews the usual Megan Fox-type and instead includes a pregnant woman and a middle-aged nun (played by Kelly McGillis, of all people).

If you’ve seen The Road, I Am Legend, The Walking Dead, or any other zombie/vampire movie, then you’ve already seen Stake Land.      Grade:  C+ 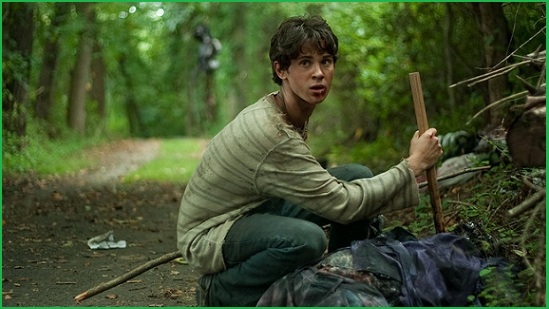 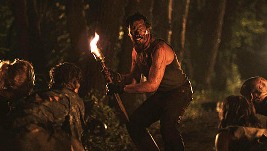 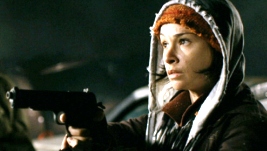 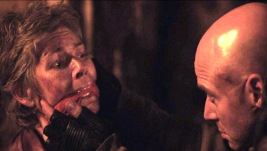 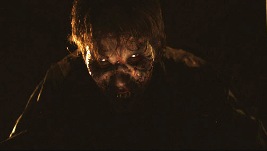 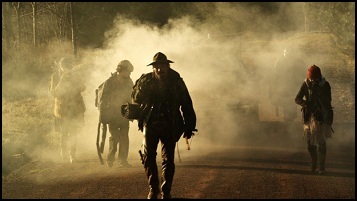