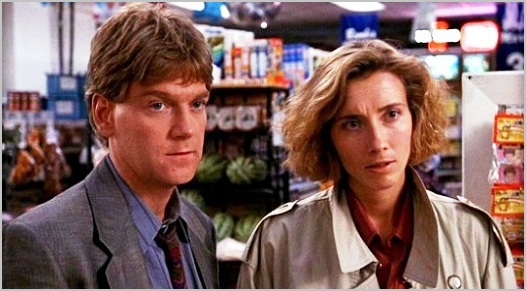 I don’t often get nostalgic, but if pushed I might get a bit sentimental about, oh … let’s say the year 1991.  That was the last time my favorite baseball team won a World Series (or even played in one).  I was on the verge of getting married back then, and buying my first house, and it was a year in which my future wife and I often went to the movies.  One of the films we saw in 1991 was made by a young married couple making a big splash in Hollywood.  They were considered the most glamorous film combo since Dick and Liz.

“Our modern equivalent of Sir Laurence Olivier and Vivien Leigh,” gushed the New York Daily News, referring to Irish actor Kenneth Branagh and his English wife, actress Emma Thompson.  (For you youngsters, Branagh and Thompson would go on to play Gilderoy Lockhart and Sybil Trelawney in the Harry Potter films.)

The Branagh-Thompson collaboration that we saw, Dead Again, is a silly film with a preposterous plot involving hypnosis, reincarnation, and an evil boy with a nasty stutter.  But if you buy into its premise – some mumbo jumbo about a 1940s murder and its resulting bad karma – the movie is a lot of fun.  Classically trained actor Branagh, who also directed, took a clever script by Scott Frank and delivered something special:  an entertaining puzzler with lots of thunder and lightning – even though it was filmed in sunny Los Angeles.  Watch the film twice if you can:  There is an excellent twist, and not until The Sixth Sense came along ten years later had a movie so rewarded second viewings.

But try not to weep (or laugh) at the ironic dialogue.  Says young Branagh to young Thompson:  “[We’ve] become two parts of the same person.  Nothing can separate [us], not even death.”

“So we’re stuck with each other?” she replies.

Alas, apparently not.  Branagh and Thompson divorced in 1995, and so did my wife and I.  My baseball team has not returned to the World Series.  There is, however, one thing unchanged since 1991.  Actor Derek Jacobi, who in Dead Again plays a scoundrel with a speech impediment, is still acting in films about stutterers.*       Grade:  B+ 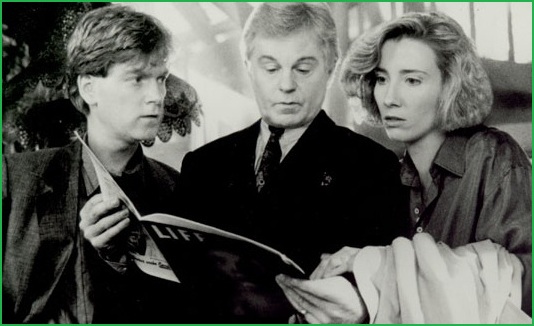 Note:  Smokers, beware of this film.  I am a smoker and I’m not likely to quit anytime soon.  Having said that, there is an infamous scene in Dead Again featuring actor Andy Garcia that is so nauseating that it almost makes me want to chuck my smokes. 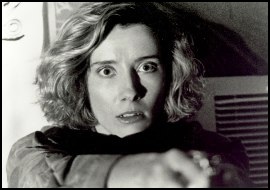 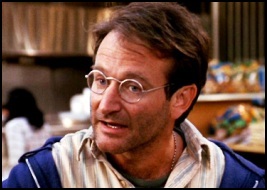 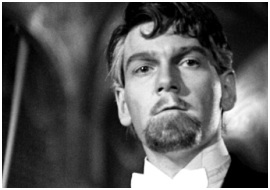 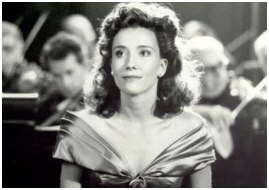