Bob Dole, that cantankerous old coot from Kansas, made news during the 1996 presidential campaign when he attacked a relatively obscure British movie called Trainspotting.  According to Wikipedia, “U.S. Senator Bob Dole accused it of moral depravity and glorifying drug use … although he later admitted that he had not actually seen the film.”

Dole lost the 1996 election, but he made a good point.  I give Trainspotting an above-average grade because the movie is inventive, rollicking entertainment – but it does glorify heroin users.  My complaint (and Dole’s) is nothing new; critics carped in the 1960s about Butch and Sundance, and Bonnie and Clyde, for their alleged bad influence on youthful moviegoers.

But whining about “sinful” cinema is a lost cause.  The truth of the matter is that if you put a clump of putrid dog vomit on the big screen, someone, somewhere, will spearhead a cult following for said dog vomit.  There is an audience for just about anything.  (Incidentally, I am not comparing Trainspotting to dog vomit.)

Danny Boyle’s gritty depiction of Scottish drug addicts does have tragic moments, but they are glossed over as Boyle moves on to other concerns:  a frantic pace, clever dialogue and – above all – a desire to amuse his audience.  As druggie Renton says in the film, “People think it’s [drug abuse] all about misery and desperation and death … but what they forget is the pleasure of it.  Otherwise we wouldn’t do it.”

Trainspotting is all about pleasing oneself.  For every dead baby scene, there is a hilarious bit about “the worst toilet in Scotland,” or the perils of pummeling a dog’s posterior with a pellet gun.  Bob Dole was correct:  the movie does glorify drug use. But it is also glorious fun.      Grade:  B 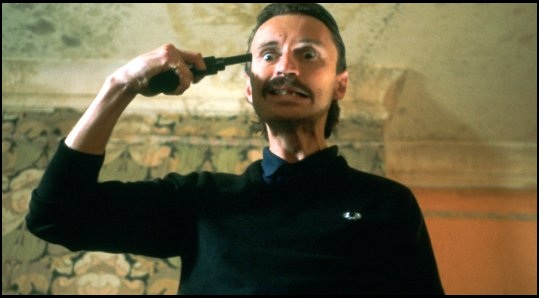 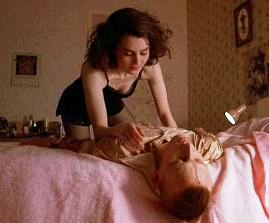 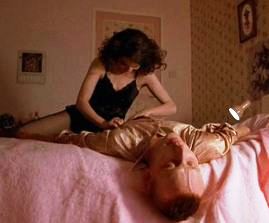 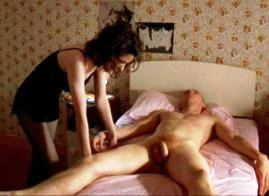 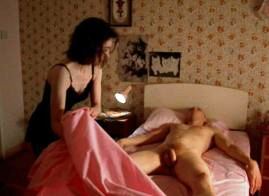 You know Hollywood has a good idea when it can’t stop plundering itself.  Such is the case with D.O.A., a 1950 thriller that’s been remade at least twice, and heavily influenced other movies like 2006’s Crank.  Edmond O’Brien stars as a frantic fellow racing against the clock to find out who gave him a slow-acting poison – and why.  Watch this gripping film noir for free by clicking here.